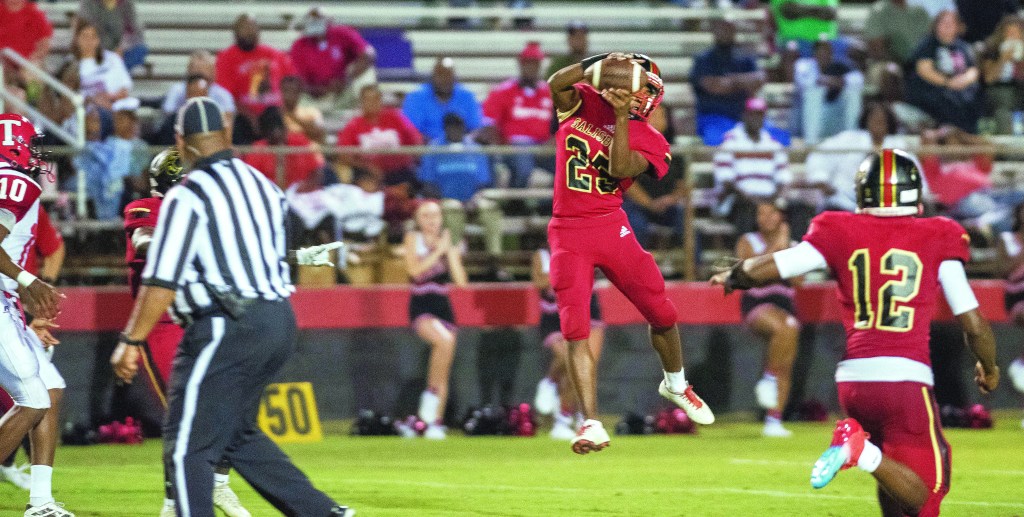 Marcus Cook broke school records as a Salisbury football receiver in the fall, and he continued an exciting school year on Friday.

Cook won the triple jump in the 1A/2A State Championships for indoor track held in Winston-Salem with an effort of 44 feet, 11 inches.

Cook placed third in the triple jump in the outdoor 2A State Championships in June with a 42-5 measurement.

The 3A State Championships were held on Friday in Cary.

South Rowan girls relay teams were 19th and 21st in their two events.

Wrestling individual regionals got under way on Friday with early matches, but most of the bouts will take place today.

In the 3A Midwest Regional at Eastern Guilford, South Rowan’s undefeated Jacob Cox (138 pounds), trying to become the first Rowan wrestler to win three state titles, and East Rowan’s Luke Heglar (120) had first-round byes. Heglar was the Most Outstanding Wrestler in the Rowan County Championships.

A host of wrestlers from West Rowan, East, South and Carson won their first-round matches.

East’s Leah Edwards, who recently finished third in the girls state invitational at 114 pounds, will be grappling with the guys at 113.

A.L. Brown and Davie are wrestling in the 4A Midwest Regional at Cabarrus Arena.

2A Midwest wrestling also being held at Cabarrus Arena. Salisbury has a handful of wrestlers in the regional. Reed Fugle (220) is one of the top threats for the Hornets to place in the top four and qualify for the state meet. Fugle won his weight class in the Central Carolina Conference Tournament.