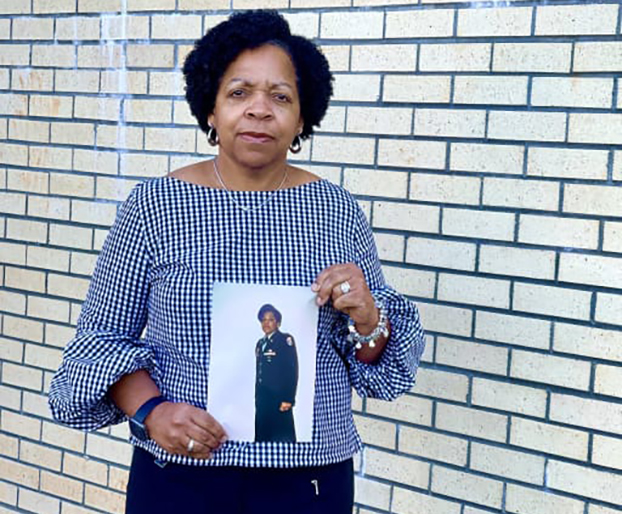 Susan Heaggans, Rowan-Salisbury Schools director of induction, has gone by many names in her adult life, including teacher, principal, mom and mentor, but one you may not expect is soldier.

With her eyes set on a career in education, Heaggans attended Winston-Salem State University in the late 80s. While working toward her degree in vocational business education, she also joined the Army Reserve Officers’ Training Corps (ROTC) to help pay for college.

After graduation, she went into the Army Reserves and started her first teaching job at East Forsyth High School. After only two years in the classroom, Operation Desert Storm/Desert Shield began, and as a second lieutenant in the Army Reserves, Heaggans was required to report for duty.

“I had to leave my teaching job and my family, which was hard,” she said.

Heaggans spent the next six months stationed with a quartermaster unit traveling through Saudi Arabia, Iran and Iraq.

“We helped transport equipment, food, supplies and personnel,” she said. “We were trucking it all up and down the desert.”

Even though she wasn’t fighting on the front lines, Heaggans and her unit were surrounded by conflict and often had to hunker down as alarms sounded and missiles flew overhead.

“It was a tough time,” she said. “As an officer, you had to be brave on the outside, even when you didn’t feel brave on the inside.”

Her time in the military wasn’t easy on her family, either, she added. “I didn’t realize how hard it was on my family until I returned home.”

Despite the hardships, Heaggans says she’s grateful for the experience: “I enjoyed my time in Saudi Arabia. It taught me to be thankful and to appreciate what I have.”

Her profound appreciation has stayed with her throughout the years.

“We always need to appreciate our soldiers, near and far. Any time I see a soldier coming home, I tear up,” she said. “I am thankful I had that experience, but I am also thankful I was one of the lucky ones. Some folks who went over during that time period did not return home, which is sad for a lot of families.”

Heaggans’ didn’t leave the life lessons in the desert. Her experiences in the Army helped shape her as a leader and an educator.

“I was responsible for leading that unit. In my current role, it’s taught me to be a better leader — to be observant of all kinds of people who surround me, to be aware of their emotional state and their abilities, and to be respectful of whoever I encounter.”

She steadily rose in her career as an educator as well. Heaggans earned her master’s degree in School Administration from Appalachian State University, then became a curriculum coach at Kennedy Middle School before serving as an assistant principal at Paisley Middle and Kernersville Middle schools.

In 1999, Heaggans took a position as an assistant principal at Salisbury High School. Four years later, she was selected to lead Knox Middle School. After five years as the principal at Knox, Heaggans expanded her sphere of influence once again by moving to a position at the district’s central office. Although her title has changed throughout the years, her mission has remained the same — to train and develop beginning teachers district-wide.

“I enjoy all aspects of what I do, and I enjoy the people who surround me while I do it,” Heaggans said. “If I can bring a little joy to the job, I think that’s my role as well.”