A most improbable team brings World Series title back to Atlanta 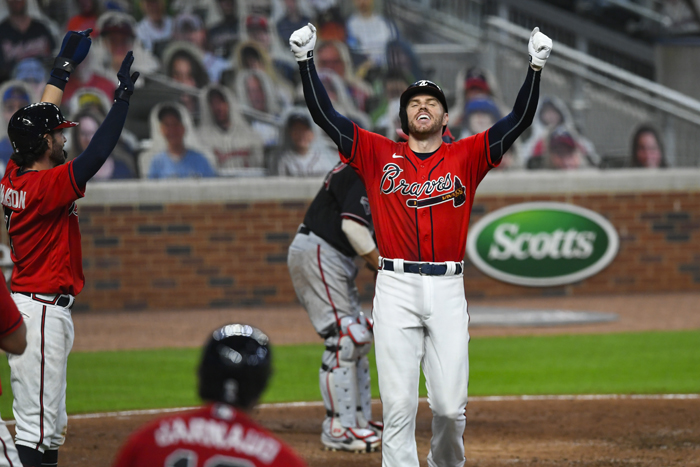 During three decades of nearly uninterrupted excellence, there were so many Atlanta Braves teams that seemed more championship worthy than this one.

The 1993 squad chased down the San Francisco Giants to win one of baseball’s last great division races. The ’96 group wiped out the New York pinstripers in the first two games of the World Series at Yankee Stadium. The ’97, ’98 and ’99 teams all won more that 100 games.

Yet it was these Braves — who didn’t climb above .500 until early August, who endured a devastating rash of injuries and other setbacks, who had to wheel and deal ahead of the trade deadline to assemble a whole new outfield — who finally brought the tortured A-T-L another title.

No one could’ve seen it coming. Well, except for those players dancing in the center of Minute Maid Park early Wednesday morning.

If they were the least bit familiar with their team’s history, they had to know how fickle the baseball gods can be.

The Braves won 14 straight division titles from 1991-2005, a staggering streak that may never be eclipsed. They got back to the postseason as a wild card in 2010, Bobby Cox’s final season as manager. They claimed another wild card in 2012, followed by a return to the top of the NL East in 2013. A painful rebuilding job came next, but it paid off with another streak of division titles that has grown to four.

When you add it all up, that’s 21 postseason appearances in the last 30 completed seasons — a run that meets nearly every requirement to be called a dynasty except the only one that really matters: championships.

The ’95 Braves had been the only team to win it all during those 20 previous trips to the playoffs. And even that victory, as glorious and satisfying as it was for a city that has known so much heartache, wound up feeling a bit hollow because of the four other times Atlanta lost the World Series during that decade, a lone triumph nearly obscured by all the gut-wrenching disappointments.

To this day, it’s hard to fathom that a team assembled by a Hall of Fame general manager (John Schuerholz), guided by a Hall of Fame manager (Cox), led on the mound by three Hall of Fame pitchers (Greg Maddux, Tom Glavine and John Smoltz), with a lineup that included yet another Hall of Famer (Chipper Jones) and at least two other guys who can make a pretty good case for Cooperstown (Fred McGriff and Andruw Jones) contributed just one title to the franchise resume.

Now, finally, they’ve got some company.

Shaking off the disappointment of Game 5, when they squandered a 4-0 lead and a chance to celebrate in front of their home fans, these Braves romped past the Houston Astros 7-0  to finish off the World Series four games to two.

It didn’t matter that they won just 88 games during the regular season, fewer than every other playoff team and even two teams that didn’t make the postseason.

This Atlanta team headed home from Houston with a championship. A championship that no one saw coming.