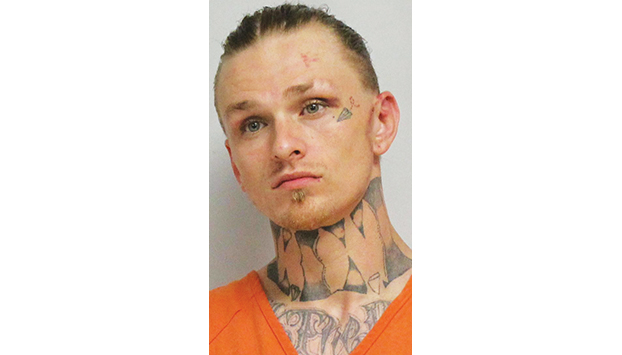 WOODLEAF — A Cooleemee man who shot at Davie County detectives in Rowan County faces two counts of assault on a law enforcement officer with a firearm in addition to failing to appear in court for felony crimes.

Tony Martin Deese, 27, is accused of running from and shooting at Davie County detectives who spotted him Friday standing with a group of people on Chickadee Lane, which intersects with Needmore Road and is close to the Rowan-Davie border.

Maj. John Sifford of the Rowan County Sheriff’s Office said law enforcement officers are allowed to make an arrest anywhere in North Carolina as long as it’s for a felony that occurred in their jurisdiction. The Davie detectives sought to arrest Deese for previous crimes that included failing to appear in court for felony larceny, felony uttering a forged instrument and habitual felon.

The detectives returned fire, but had to be careful because they were in an open field and the suspect was at a wooded area, Hartman said. Neither the suspect nor the detectives were hit by the gunfire.

At one point, Deese entered a home in the area during the chase, which lasted about 15 minutes. He was treated at Rowan Medical Center for a cut on the back of his head after being arrested.

Hartman said both officers remain on duty because all policies were followed.

“If you shoot at one of our officers, we’re going to shoot back,” he told the Enterprise-Record.

Deese is being held in the Davie County Detention Center with a $560,000 bond for the assault on a law enforcement officer charges, failing to appear in court and possession of a firearm by a felon.