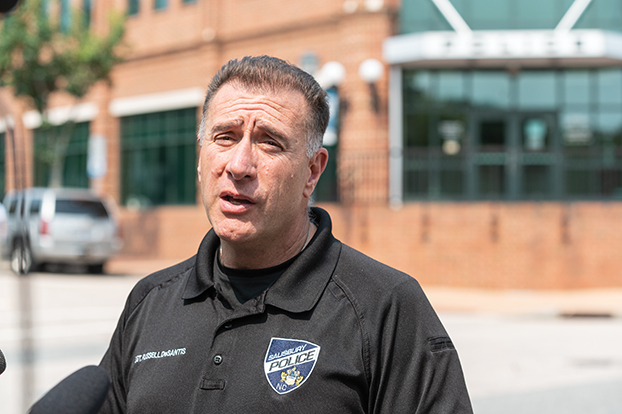 SALISBURY — A 14-year-old Salisbury High student was shot and killed Sunday after a group of juveniles passed around a gun while playing video games, according to a city of Salisbury news release.

The boy, whose name hasn’t been released, was shot around 4:50 p.m. Sunday in the basement of a home in the 800 block of Maple Avenue, said Sgt. Russ DeSantis of the Salisbury Police Department. The boy was alive when police arrived, but he died from his injuries at Novant Health Rowan Medical Center. First responders were preparing to airlift the boy for treatment elsewhere when he died, DeSantis said.

Police said the gun, which was stolen, was brought to the Maple Avenue home while a group of friends were playing a Call of Duty video game. The gun accidentally discharged while being passed around, the news release said.

Due to the sensitivity of the death, Salisbury High School, Knox Middle School and Overton Elementary School were placed on precautionary lockdowns with extra law enforcement on campus Monday.

“Rowan-Salisbury Schools has a Crisis Intervention Team made up of professionals trained to help with the needs of students, parents, and school personnel at difficult times such as this,” Rowan-Salisbury Schools said in a statement. “Salisbury High School has counselors available for any student who may need or want help or any type of assistance surrounding this loss.”

DeSantis offered tips to parents and the public about gun safety to prevent similar incidents from happening in the future. Simply hiding weapons is not enough, he said. He recommended talking to children about what guns can do and proper weapon safety to prevent any curiosity-incidents.

“They’re not toys. They’re not to be played with,” he said. “Treat all guns as if they’re loaded. Talk to children about gun safety, but it’s not a substitute for storing guns securely. What we really want people to know is gun owners must be responsible and secure their weapons.”

If a gun is stolen, DeSantis said, people should report it law enforcement officers immediately.