SALISBURY — Expecting his store and the streets of Salisbury to be filled with thousands of thirsty Cheerwine fans later this month, Justin Wells was slowly stockpiling cases of the bottled soft drink. 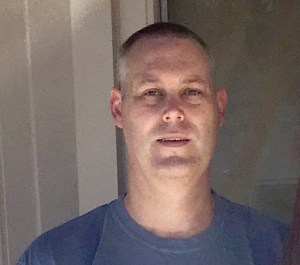 “We already had about 70 cases of glass bottles stacked in the hallway because our plan was to have about 125 cases for that day,” said Wells, the owner of Fullers Market and Ultimate Sports Apparel.

Wells was one of many store owners in downtown Salisbury and Rowan County who have been gearing up for the 2021 Cheerwine Festival, which was planned for Sept. 18 after being delayed from its normal May date. Due to rising COVID-19 case numbers, Cheerwine and the city of Salisbury announced the cancellation earlier this week. 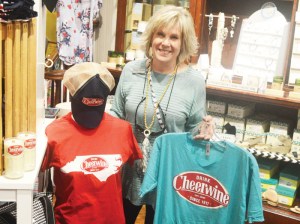 “The news of those two cancellations came on the heels of the Cheerwine news and it was just a double whammy,” said Pam Coffield, the owner of the Stitchin’ Post. “It was another disappointment. Everybody has been looking forward to the opening of Bell Tower Green.”

The last time the Cheerwine Festival was held in person in 2019, estimates said it generated $1.53 million of economic impact for the Salisbury community. It also received an award of merit from North Carolina Main Street in the Best Downtown Special Event category. The festival, which was headlined by Smash Mouth two years ago, made for one of the busiest days of the year for many downtown merchants and vendors.

“The last time there was a festival, I think we had about 85 cases (of Cheerwine) that day,” Wells said. “That was what we started out with and we ended that day with seven individual bottles.”

Fullers Market will likely still sell all of the bottles it bought this year, Wells said, but not all in one day.

Not only was bottled Cheerwine in high demand during the last in-person festival, but so were the numerous products made with its flavor. Evelyn Medina, the owner of Mean Mug Coffee Company, said her shop sold over 2,000 Cheerwine frappes during the event two years ago. This year, Medina said Mean Mug was preparing to sell the soda inspired coffee beverage from both its storefront and mobile coffee truck.

“We make and sell all of our products in a Cheerwine theme and usually sell out of at least those flavors and everything we’ve prepped,” said Abigail Young, the bakery’s owner. “It’s a super busy day. It’s fun.”

Rohan Banton, the owner of The Candy Shoppe on Main, hadn’t participated in a Cheerwine Festival since he bought the store and moved it from downtown Salisbury to China Grove. He was looking forward to bringing his sweets back to Salisbury and being a vendor at this year’s event.

“I was hoping it would jump-start our Christmas sales, but now we have to come up with something else to jump-start Christmas,” Banton said.

Christine Weinstein, who works at The Candy Shoppe on Main, said they purchased several extra orders of Cheerwine fudge from their certified supplier near Raleigh.

“We have to figure out what we’re going to do with all of this fudge now,” Weinstein said.

Both Coffield and Wells said they placed large orders for Cheerwine apparel directly with the Salisbury-based company, but were able to cancel or partially cancel those orders after the event was called off. All of the vendors who paid a fee to sell goods at the festival were refunded their money.

While the business owners are disappointed in the festival’s cancellation, they said they agreed with the logic behind the decision.

“I think it’s probably a wise decision to postpone the Cheerwine festival based on the number of people who usually come,” Young said.

With hundreds of people likely entering her shop in the span of a few hours, Medina said she was worried about the health of her staff. That concern grew, she said, as she watched the COVID-19 case numbers in Rowan County increase through August.

“We were certainly busting out the doors last time,” Wells said. “It was a great problem to have, but there were too many people at one time. You couldn’t even move. We were concerned about managing that this year.”

While the cancellation of Pops at the Post and the grand opening of Bell Tower Green won’t impact downtown businesses quite as much, it’s still two less events drawing hundreds to the area.

“It’s just such a shame that it all has to be rescheduled,” Coffield said. “It’s all just too bad. We’ve got all of these wonderful things in this town to celebrate and we just can’t do it yet.”

The next two events planned for downtown Salisbury are the 8th annual Busker’s Bash on Oct. 1 and Halloween Fun Fest on Oct. 30. After the cancellation of the Cheerwine Festival, Pops at the Post and the grand opening of Bell Tower Green, downtown business owners aren’t counting on anything.

“We know from last year that winter hypes up this virus,” Medina said. “As it gets colder and colder and people keep refusing to get vaccinated, I wouldn’t be surprised if the rest of the calendar year gets canceled. It’s terrible for business, it’s terrible for morale and, of course, it’s terrible because all these people are dying first and foremost.”

Although the Cheerwine festival was called off, soft drink devotees can still get their fix of soda-inspired products by visiting individual merchants. Mean Mug sells its Cheerwine frappe every day it’s open, Fullers Market always has a few bottles in the fridge, Stitchin’ Post sells shirts and hats year round and The Candy Shoppe on Main has plenty of Cheerwine fudge.

Abigail’s Bakery might offer Cheerwine macarons or cupcakes every now and then, but it likely won’t sell the products until May, when the 2022 Cheerwine Festival is scheduled to take place.