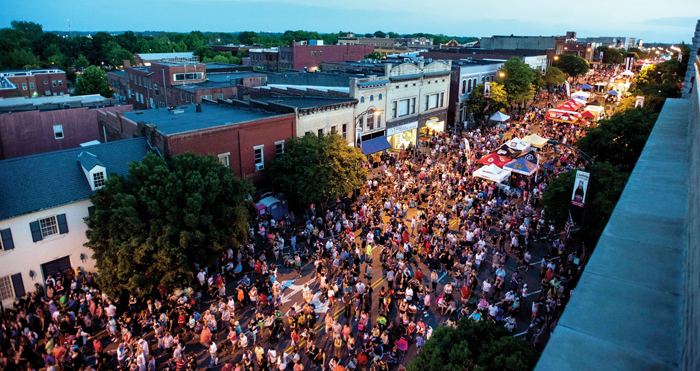 SALISBURY — The city of Salisbury was one of nine North Carolina communities that received an award for excellence in downtown revitalization for the year 2020 during the virtual North Carolina Main Street Awards Ceremony last week.

Salisbury received the award in the Best Downtown Special Event or Event Series category for the 2019 Cheerwine Festival.

“We are delighted to honor these remarkable communities and their award-winning projects,” N.C. Department of Commerce Secretary Machelle Baker Sanders said in a news release. “Not only did these projects create more jobs in rural communities, but they also sparked economic recovery and enhanced the historic and cultural assets of our state.”

SALISBURY — The Three Rivers Land Trust has named Emily Callicutt as its new land protection specialist and Nicky Black as its new media and communications specialist.

Headquartered in The Gateway Building in downtown Salisbury, Three Rivers Land Trust has conserved more than 41,000 acres in 15 counties within the Piedmont and Sandhills. Callicutt and Black were hired to aid the company in its conservation efforts.

“We are incredibly excited to have Emily and Nicky join the (Three Rivers Land Trust) team,” Travis Morehead, Three Rivers Land Trust executive director, said in a news release. “Emily is a local Montgomery County native and recent (North Carolina State University) graduate. She recently left her temporary position at the Patuxent National Wildlife Refuge in Maryland, where she helped manage a hunting research program. Nicky is a Rowan County native who grew up paddling the local rivers. Her outdoor background and education in business and communications will help grow the Land Trust’s overall visibility.”

Callicutt began working as the land protection specialist for Three Rivers Land Trust in February 2021. She attended North Carolina State University where she graduated with a Bachelor of Science in Fisheries, Wildlife and Conservation Biology in the spring of 2020. Her studies included ornithology, herpetology and field work throughout North Carolina. She is also a Certified Associate Wildlife Biologist. Before coming to the Land Trust, she worked on wildlife management projects for private companies and managed the hunting program on a wildlife refuge. As a Montgomery County native, Emily is passionate about conserving the natural lands she has been able to enjoy in the region. 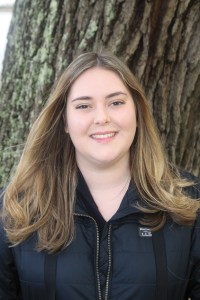 Emily Callicutt will was recently hired to serve as a land protection specialist for Three Rivers Land Trust. Photo submitted.

“After working in other areas, I am excited to get back to my home state and continue my career with Three Rivers,” Callicutt said in a news release. “I look forward to working with local landowners, so they can see their property conserved for future generations.”

Black began working as the media and communications specialist at Three Rivers this month. She is a graduate from the Catawba College Ketner School of Business. She has a background in event planning and media marketing.

Black is an outdoor enthusiast who enjoys camping, hiking  and kayaking. She is an ACA Kayak Instructor and a Paddlesports Safety Facilitator. Black is also a Leave No Trace Educator and is extremely passionate about sharing the beauty of the great outdoors with others. 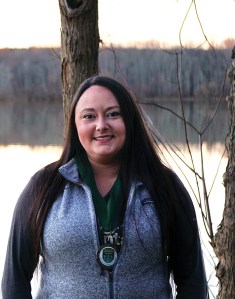 Nicky Black has been hired by Three Rivers Land Trust as its media and communications specialist. Photo submitted.

“I grew up exploring the rivers and natural areas here in Rowan County,” Black said in a news release. “People don’t realize the beauty and recreational opportunities in our backyard. I am excited to use my background and experience to bring awareness to Three Rivers Land Trust’s conservation efforts here in the Piedmont and Sandhills.”

SALISBURY — The Salisbury Fire Department hosted a “Man and Machinery” class on Friday to teach firefighters the proper technique to extricate people from accidents that would require a machinery rescue response.

The class was held at Salisbury Fire Station No. 6. The class was funded by a $3,000 equipment donation from Lowe’s Home Improvement and was made possible by collaborative support from Rowan-Cabarrus Community College, the City of Salisbury and Lowe’s.

SALISBURY — The Rowan County Chamber of Commerce will host its virtual March Power in Partnership on Thursday morning at 7:30 a.m.

The March Power in Partnership is sponsored by F&M Bank and will serve as the Chamber’s annual “Salute to Agri-business” and will include noted author Michele Payn. Payn has published several books about America’s agricultural and food systems, including “Food Bullying: How to Avoid Buying B.S.” Payn will discuss how to be more compassionate in business to help consumers better understand the complexities of the
American food system.

The Chamber’s Power Card Holders are automatically registered and will receive a Zoom link. For those who are not Power Card holders, individual reservations are welcome; however, the reservation deadline is Tuesday, March 16 by noon. The cost is $15 for members and $25 for non-members. Contact Sharon at info@rowanchamber.com. 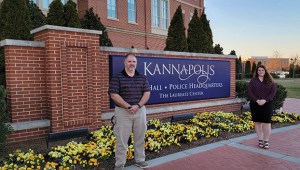 William Pillsbury and Miranda Miller-Wojcik were both recipients of N.C. Certified Waterworks Operator of the Year Awards for their work at the Kannpolis Water Treament Plant. Photo submitted.

To receive the award, a candidate must be a Waterworks Operator who has demonstrated outstanding ability, devotion and technical expertise in the operation of a water treatment facility. In order to obtain these awards, the candidates must also be a member in good standing of the NCWOA and engaged in water treatment at least part time or on a regular basis.

The North Carolina Waterworks Operators Association (NCWOA) is the premier trainer of water operator professionals for the state since 1939.

CONCORD — Not only do people have the ability to decide the best burger in Cabarrus County, but now they can purchase merchandise to help support a local nonprofit.

Throughout the month of March, burger lovers are encouraged to try the limited-edition burgers being offered by 12 Cabarrus restaurants. They can vote on their favorite to decide the winner of Cabarrus Burger Madness. Chophouse 101 and the Concord location of The Smoke Pit are among the dozen restaurants competing.

“These items not only serve as a reminder of this month’s unforgettable burgers and celebration of our local restaurants but also provide support to a wonderful cause in our community,” Donna Carpenter, Cabarrus County Convention and Visitors Bureau president and CEO, said in a news release.

Cabarrus Blessing Boxes are filled with non-perishable food and personal items helping to alleviate food insecurities, especially for those who have been impacted by the pandemic. Founded by Cabarrus County hospitality professional, Sheryl Kluge in January 2019, they are best described by the motto: “Take what you need, leave what you can.”

“I am so honored and excited that the Cabarrus CVB is doing this for 1CAN,” Kluge said in a news release. “This will help us continue to stock our seven boxes and serve the three out of five families that do not have enough food.”

The “Most Popular Burger” will be announced on April 1.

Merchandise and information about Cabarrus Burger Madness can be found online at www.VisitCabarrus.com.

Halloran served as CFO for 20 years and was one of the first employees of the company.

The NCRR is a private corporation whose stock is owned by the State of North Carolina. The Company manages the use of 317 miles of track stretching from Charlotte to the Port of Morehead City. 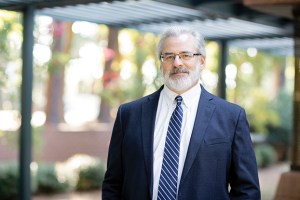 Halloran joined the NCRR team in 2000. During his tenure, he worked with leadership to grow the company’s revenue, developed staff and strengthened internal controls. He also oversaw the company’s financial assets.

“(Halloran) has seen NCRR through some of its most historic moments and it has been a privilege to work with him,” NCRR President and CEO Carl Warren said in a news release.  “On behalf of the NCRR Board of Directors and the entire NCRR Team, I want to thank Dan for his leadership and dedication to the Company. We wish (Halloran) the best as he pursues his future personal and professional interests.”