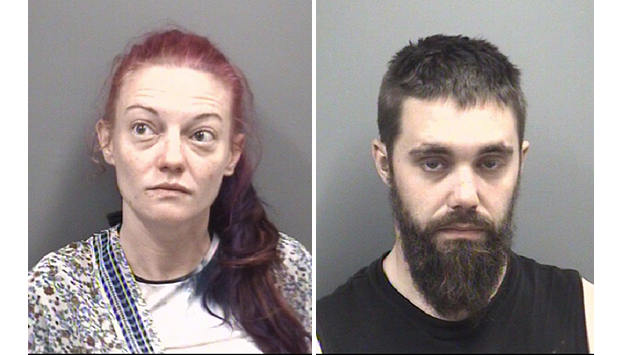 SALISBURY — A Rockwell man and woman face misdemeanor child abuse charges for being impaired while their child was unattended in a convenience store, according to the Rowan County Sheriff’s Office.

Elizabeth Michelle Poston, 31, and Geoffrey Calvin Hall, 30, were charged Saturday with misdemeanor child abuse after an incident at Tamarac Marina in the 9100 block of Bringle Ferry Road.

Convenience store staff told authorities the child wandered around in the store alone for an extended period of time. Staff members gave the child something to drink. The child had been fishing at the marina with his mother and stepfather, said Maj. John Sifford.

His stepfather, Hall, was found passed out in the back seat of an extended cab truck near the convenience store, Sifford said. Hall was “severely impaired on alcohol” and unable to provide the whereabouts of his wife or stepson, Sifford said. Poston appeared after deputies arrived. She told deputies the child was supposed to be with Hall.

Both received $25,000 bonds and were released after posting bail.

The child was placed in the care of a family member, Sifford said.

• A man on Friday reported his detached garage was broken into in the 200 block of Lentz Road in China Grove.

• A woman on Saturday reported a phone scam resulting in the loss of $8,450.

• A woman on Friday reported a stolen motor vehicle in the 1600 block of South Jake Alexander Boulevard.

• A woman on Friday reported a breaking and entering at Pine Hill Apartments in the 400 block of West 15th Street.

• A man on Saturday reported a stolen motor vehicle in the 600 block of Lafayette Circle in Salisbury.

• A man on Saturday reported vandalism in the 100 block of Ryan Street.