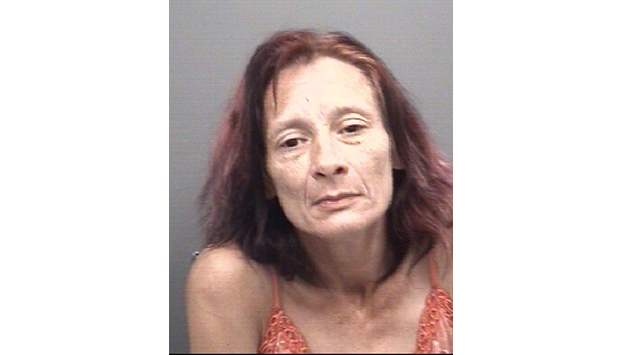 • Christopher May Riddle, a 43-year-old Salisbury woman, was charged by the Salisbury Police Department Friday with possession of drug paraphernalia, misdemeanor larceny and ethnic intimidation.

Riddle allegedly was in possession of a metal pipe with burnt ends and stole lighters and candy from the Walgreens at the 1900 block of West Innes Street. Riddle intentionally made utterances and used abusive language intended to ethnically intimidate an African-American male bystander in the Walgreens parking lot, according to the arrest report. Further information about the incident wasn’t immediately available.

Ethnic intimidation is a misdemeanor crime in North Carolina for which someone can be charged if he or she individually or with a group of people assaults someone else, damages another person’s property or threatens to do so because of the victim’s race, color, religion, nationality or country of origin.

Riddle also was charged with two counts of misdemeanor larceny for two July incidents in which she allegedly stole trash bags, a purse and baby clothes from a Dollar General. Additionally, Riddle was charged with an out-of-county probation violation. Riddle was booked into the Rowan County Detention Center on a $10,500 bond.

• Brandi Maretha Aistrop, 33, of Lexington was charged with felony possession of a controlled substance on prison/jail premises. Aistrop was allegedly in possession of crack cocaine in the Rowan County Detention Facility. She was issued a $5,000 secure bond.

• Three people were charged with larceny by the Salisbury Police Department over the weekend for stealing items from Walmart.