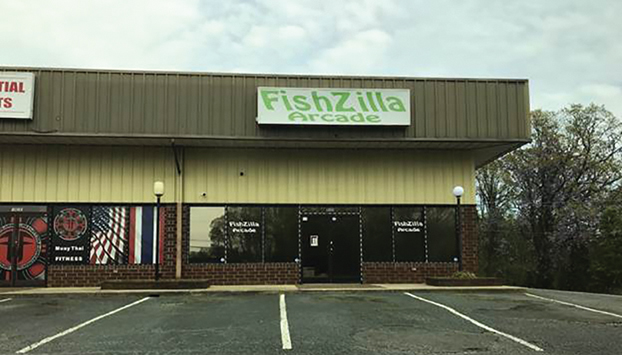 Fish Arcades get their name because of the animals pictured in games offered at the businesses. They’re considered to be illegal gambling establishments by the Rowan County Sheriff’s Office. The FishZilla Arcade on East Innes Street operated 85 playing stations that were illegal under North Carolina law, the Rowan Sheriff’s Office said in a news release. It also was the subject of varying complaints from other tenants in the same strip mall.

Seized during the most recent raid were monitors, computers, TV screens, office equipment, a money counter and $18,500. FishZilla paid cash for credits earned, the Sheriff’s Office said. The business also was raided once before, in April 2020, for similar gambling violations.

FishZilla’s manager and two cashiers are expected to face charges for their roles in operating the business.

“The RCSO has taken a strong position that these illegal arcades are violating state law and the court decisions are in favor of enforcement of the law,” Chief Deputy David Ramsey said in a news release. “Investigations over the past two years of these businesses and their operators have shown that they are making millions of dollars off these illegal businesses, not paying state or federal income tax and the workers are being paid cash under the table.”

Security firms are providing armed guards to the to the businesses and violating state law because they’re not licensed through the North Carolina Private Protective Services, he said.

“The businesses have been havens for crimes, including drug trafficking, robbery and illegal possession of firearms,” Ramsey said in the news release. “Many of the crimes committed inside and outside the businesses are not being reported to law enforcement for fear of attention to these illegal businesses. Additionally, many of those in Rowan County are operated by persons outside Rowan County and even from other states.”

The Rowan County Sheriff’s Office hasn’t arrested any customers who frequent the fish arcades, but Ramsey said the policy is being revisited.