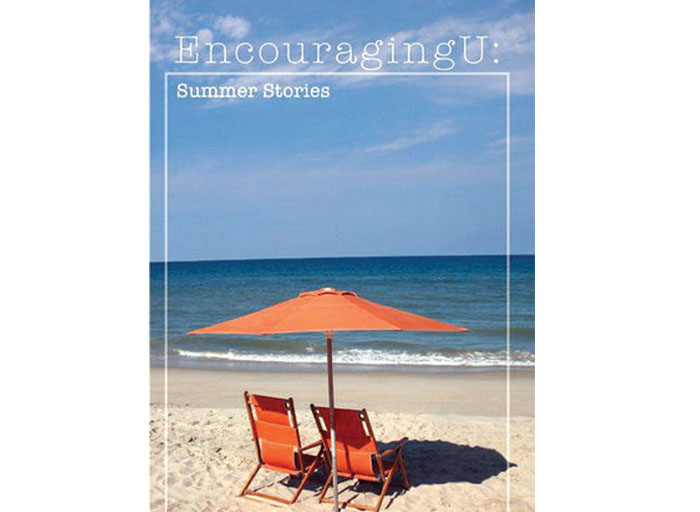 Readers may recognize the names of some of the writers who came together to create “EncouragingU: Summer Stories.” It was written by Doug Creamer, David Freeze, Ann Farabee, Lynna Clark, and Roger Barbee, who are frequent guest columnists for the Salisbury Post. Jane Patterson, a former teacher, also contributed. The cover and design of the book was created by local illustrator M.D. Cox.

Readers will discover that EncouragingU: Summer Stories is the perfect companion to their first combined effort, An EncouragingU Christmas.

The writers bring their own unique talents to this book that celebrates the wonders of summer. As you read, you will laugh, cry and be filled with nostalgia. You will travel by bike on roads you never imagined. You will visit places you have never been. You will experience lost souls finding love again. Your heart will be stirred to remembrance of the blessings of God in your life, as you embrace the encouraging devotions.

EncouragingU: Summer Stories is birthed out of EncouragingU.com, a website devoted to positive and uplifting writings and videos that provide an escape from the daily barrage of bad news by replacing it with good news. The website, which is updated daily, includes devotions, podcasts, songs, stories and adventures that will stir your faith. The heart of the website is designed to encourage.

Copies of EncouragingU: Summer Stories and An EncouragingU Christmas may be purchased by contacting Doug Creamer at creamer_dm@yahoo.com, David Freeze at david.freeze@ctc.net, Ann Farabee at annfarabee@gmail.com, Lynna Clark at biglynna@yahoo.com, Jane Patterson at jep71554@ctc.net or Roger Barbee at rogerbarbee@gmail.com. Both books are available online at Amazon. Copies are also available locally at Father and Son Produce, Patterson Farm Market, Attractions on Main, and Missions Pottery in Lexington.