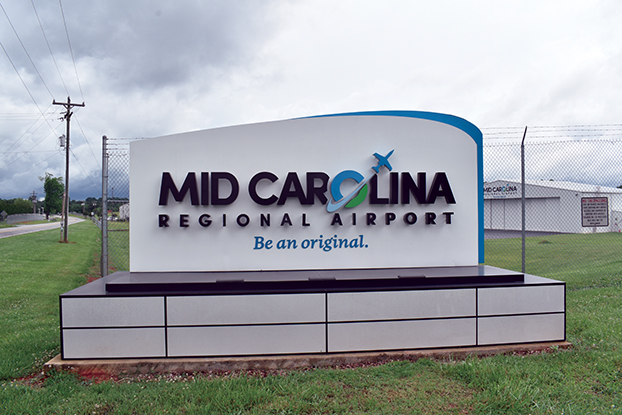 SALISBURY — At a busy meeting on Tuesday morning, the Rowan County Airport Advisory Board endorsed future expansion plans for the Mid-Carolina Regional Airport.

Included in the plans presented to the board by Airport and Transit Director Valerie Steele was the construction of several new corporate hangars, a new public safety hangar and landscaping improvements. The expansion is made possible by the $12.5 million set aside for the Mid-Carolina Regional Airport in Rowan County’s fiscal year 2021-22 budget.

“The revenue picture we have is brighter and we think the airport is a great generator of opportunity for the entire county, so we’re going to do some investment in Rowan County’s airport in the next year in the 2021-22 budget,” Commissioners Chairman Greg Edds said.

Edds cited the airport’s $146 million economic impact, which was highlighted in a study published by the North Carolina Department of Transportation, as a reason why the airport deserved more funding.

With the additional funding, the airport intends to construct four more hangars for corporate clients. The plan also calls for the construction of three smaller corporate hangars and a larger 150-foot-by-100-foot hangar that will also have some office space attached. The updated expansion plan calls for the construction of a large public safety hangar instead of previous plans to build several “T-shaped” hangars. Steele said the “T-shaped” hangars are no longer feasible due to space constraints.

The public safety hangar would provide more space for the N.C. State Highway Patrol, which currently operates an emergency response helicopter out of a smaller hangar at the airport. The move to a larger space could improve the Highway Patrol’s response time and allow the law enforcement agency to store more aircraft at the airport.

“If we start this process and get these plans in place, when we go and start to talk to the representatives, we can show them we really have a need to move over there because we have effectively utilized our space,” Steele said. “It confirms and strengthens our request.”

The additional taxiway would open the airport up to future development, Steele said.

In addition to approving the expansion plan, the Airport Advisory Board also endorsed a plan for the U.S. National Guard to move forward with conducting training exercises for military air traffic controllers at the airport.

The National Guard’s “crawl, walk, run” plan initially calls for training exercises to be held only one weekend per month, during which military traffic controllers will communicate with pilots flying in and out of Mid-Carolina Regional Airport. The program would come at no cost to the airport, but it would be federally funded. It could also be a learning opportunity for young pilots training at the airport.

“It will provide training opportunities for both the National Guard and to all pilots, in particular student pilots learning how to communicate with air traffic control,” Steele said.

Capt. Jay Hosack, who manages the National Guard’s aviation operations at the airport, said the training program may eventually evolve into a week per month. The National Guard will conduct the exercises out of a temporary mobile tower — a small, raised office space attached to the back of a military truck.

The Mid-Carolina Regional Airport is not currently in controlled airspace, meaning there is no air traffic controller on site. The introduction of the National Guard’s training exercises would not change that.

Randy Baker, chair of the Airport Advisory Board, said the program would be a “tremendous win-win for the entire airport and the guard.”

Steele said she would like to host a meet and greet in October that is open to airport pilots and members of the public to introduce the training program.

The Airport Advisory Board on Tuesday also heard updates on a number of ongoing projects at the airport.

With approval from the Rowan County Board of Commissioners, Steele said the airport is moving forward with negotiations to hire Aviation Management Consulting Group as a third-party consultant. Once under contract, the company will perform a comprehensive analysis of the safety, general aviation operations and governance of Mid-Carolina Regional Airport.

The airport is still waiting to determine if it has been awarded enough funding from the Federal Aviation Administration’s grant program to complete resurfacing of the existing taxiway. If the airport receives enough funding, the resurfacing will likely require a two-week closure so that construction crews can complete the entire project.