Big rigs rumble into the Price of Freedom Museum 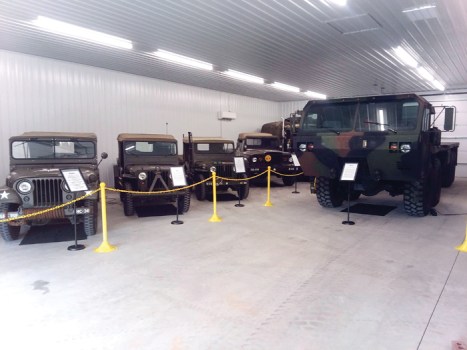 More military vehicles on display in the new addition at Price of Freedom Museum. Photo by Joel Honeycutt 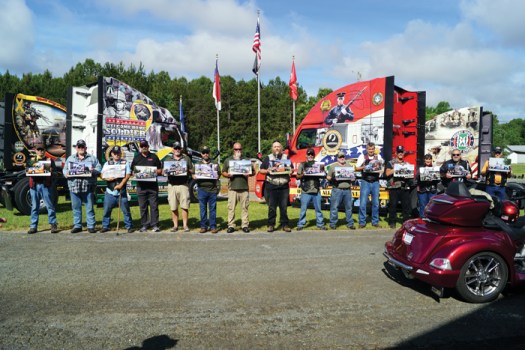 Freightliner drivers and employees display 15 photos of tribute trucks manufactured since 2015 at Price of Freedom Museum. Photo by Joel Honeycutt 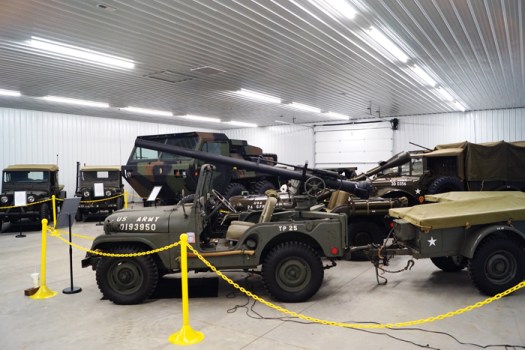 Military vehicles owned by Tom Smith will be on display at the D-Day event. File photo by Joel Honeycutt. 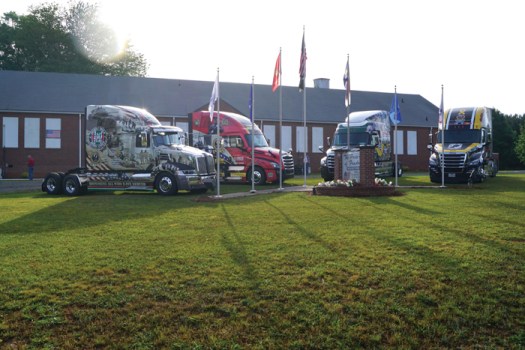 Daimler Trucks has been spun off into a new division. Salisbury Post file photo 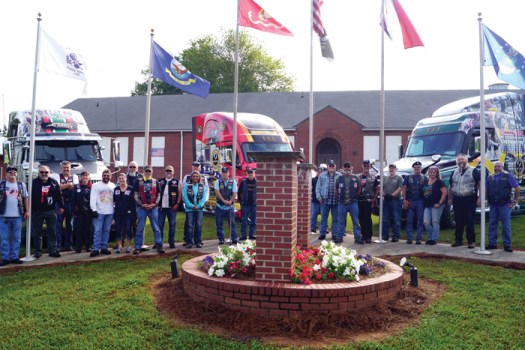 Members of Rolling Thunder, NC 6 after arrival at the Price of Freedom Museum on Saturday. They will escort the tribute trucks over the weekend. Photos by Joel Honeycutt.

Weaver Road, between Patterson and Millbridge roads, is usually a sleepy and quiet road on Saturday mornings. And the Price of Freedom staff likely would be quietly preparing for next weekend’s big bash, the annual D-Day remembrance. But Saturday was quite different.

Four Daimler/Freightliner tribute trucks were already arrayed around the flag poles and museum sign by 8:30 a.m. as a rumble approached from the western end of Weaver Road. About 35 motorcycle riders, part of Rolling Thunder NC, rolled onto the museum property and parked behind the trucks.

“We used to gather for a ride to Washington, D.C., each Memorial Day weekend, but this year we’re gathering with the tribute trucks and our riders to make local events special,” Kesler said. “We want to make the federal government account for and bring attention to the Missing in Action/Prisoner of War reconciliation that is long overdue. We still have lots of veterans missing and we don’t know if they are dead. There is a good chance that at least some are still alive.”

Kesler said Rolling Thunder has five chapters in North Carolina and 95 nationwide. He encouraged anyone interested to become involved. Members don’t have to be veterans or a motorcycle owner. For more info, see www.rollingthundernc6.org

Rolling Thunder’s ranks were expected to swell to about 70 later in the morning for a ride to Tilley’s Harley Davidson in Statesville for a gathering to celebrate Harold Frank, a 96-year-old World War II prisoner of war veteran. Kesler expects 200 to 300 riders for another event today in Elkin to honor Gold Star families with a monument dedication.

Darrell Plonk, a 23-year employee of the Freightliner plant in Cleveland, leads the Ride for Pride Committee. Daimler/Freightliner uses ideas from 1,600 employees from the shop floor to honor veterans across all branches of service. Plonk, one of three materials managers at the Cleveland facility, said, “Our committee works year-round on a program started in 2002 to showcase the tribute trucks, such as we are displaying here. We wanted to knock it out of the park this year and next. Our planning committee includes Freightliner employees, Rolling Thunder and American Legion representatives.”

The trucks on display at Price of Freedom Museum and later at Tilley’s in Statesville include a Western Star 5700, owned by MSR and in tribute to Desert Storm. It will often be used for delivery to military bases. A Freightliner Cascadia owned by Crete Carriers is a tribute to the 100th Anniversary of the Unknown Soldier.

Plonk explained that all the companies depend on veterans and are recruited as drivers.

“We love what we do. Our truck is used to acknowledge all the major conflicts that the U.S. military has been involved in since World War I,” Plonk said. “That idea came from the shop floor as well. That truck visits veteran events and some truck shows throughout the year. It travels to two to three events a week and up to two to three hours away. The other three are used at veteran events from April until Memorial Day and then are turned over to the companies who bought them.”

Harrison added, “On behalf of Price of Freedom Museum, we are honored to have Freightliner and Rolling Thunder include us in their program. Freightliner presented the museum 15 photos of the trucks built since 2015 and we will proudly display them.”

Harrison also invited the public to the museum’s D-Day Remembrance event to be held next Saturday, June 5.

“This is our effort to honor the men and women who served in the armed forces for our country. Our goal at the museum is to teach the young and old alike the true price of freedom,” Harrison said.

A new building addition that houses an extensive collection of military vehicles owned by Tom Smith of Food Lion fame will be on display for the first time. More information is available at priceoffreedom.us