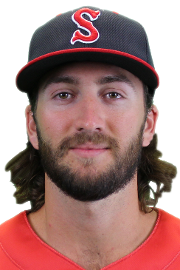 Leadoff man Jagger Rusconi got an infield hit and scored in the first inning for the Kannapolis Cannon Ballers on Saturday after a single, a balk and a groundout.

Three Kannapolis pitchers made that lone run stand up. Andrew Dalquist, Jeremiah Burke and Marcus Evey did the pitching in the historic 1-0 victory over the Fayetteville Woodpeckers (6-6).

Things didn’t go as well on Sunday as the Cannon Ballers (1-11) were blasted 12-2 by the Woodpeckers.

Kannapolis is off Monday and opens a six-game series at home on Tuesday against the Columbia Fireflies (6-6).