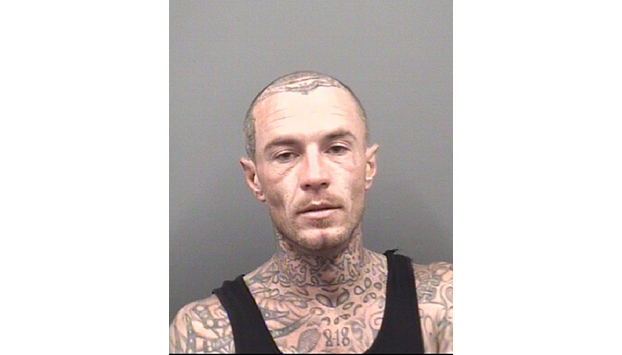 SALISBURY — A Rockwell man was arrested over the weekend on a count of larceny of a firearm, possession of a stolen motor vehicle and a misdemeanor charge for possession of stolen goods.

Anthony Little, 34, of Rockwell, was apprehended by the Rowan County Sheriff’s Office on Saturday. A warrant stated Little stole a Taurus G2C 9 mm pistol from a victim on Friday. Little also was accused of possessing a stolen 2013 Dodge Journey SUV and a North Carolina registration plate that did not belong to him.

Little was previously wanted for arrest for failing to appear in Burke County. He is being held in the Rowan County Detention Center on a $14,000 bond.

• Chelsea Shuping, 32, was charged on Saturday for felony possession of a controlled substance on jail premises. A warrant stated that Shuping possessed a syringe in a body cavity. Shuping was in the Rowan County Detention Center after being charged with felony obtaining property under false pretense for an incident that occurred last month. Shuping is being held on a $6,000 bond.

• Clarissa Dawn Calloway, 21, was charged on Friday for felony assault with a deadly weapon after allegedly assaulting a victim with a baseball bat and inflicting serious injury.

• Otha Gill Jr., 61, was charged on Saturday with misdemeanor larceny, misdemeanor second degree trespassing and misdemeanor possession of marijuana paraphernalia. A warrant stated that Gill stole a Smirnoff Screwdriver and a 24 oz. Keystone Lite can from Speedway Gas Station at 500 E. Innes St. and that he was in possession of a burnt glass pipe.

• Tory Lamonte Payne, 38, was charged with misdemeanor larceny for allegedly stealing a Phillips Television valued at $348.

• Joshua Andrew Cook was charged by the Rowan County Sheriff’s Office on Thursday for misdemeanor resisting a public officer. A warrant stated that Cook ran away from a traffic stop after being told to stop. Cook was ordered to be detained for communicable disease testing after fluids may have gotten on the broken skin of an officer’s hand during the arrest.