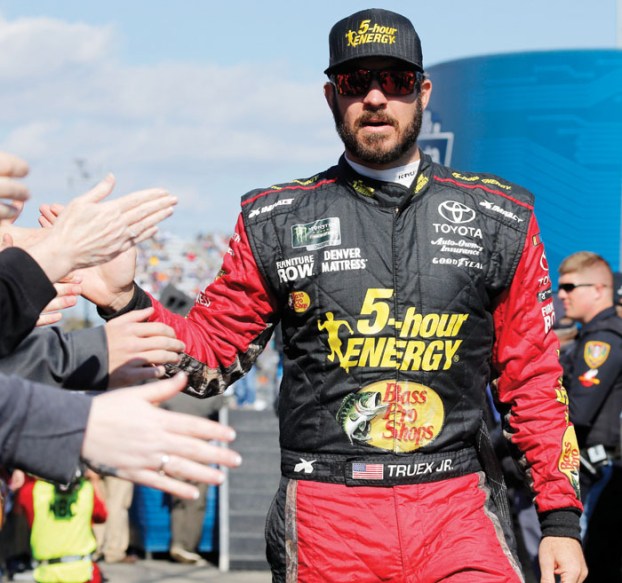 DOVER, Del. — Austin Cindric professed his love for Dover and soon refused to let his Miles the Monster trophy out of his grip. With so many close calls on the concrete, Cindric was sure to savor this checkered flag — and keep his trophy within reach.

“It’s still in my lap like a child or a dog,” Cindric said. “This is one I wanted for a very long time.”

Cindric saved his car from a serious spin early in the race and dominated late Saturday at Dover International Speedway and won his third Xfinity Series race of the season.

The reigning Xfinity champion, Cindric showed flashes throughout his career on the one-mile concrete track that he could roll into victory lane. Cindric was second and third in two Xfinity races last season on the Monster Mile and had never finished worse than ninth in six previous Dover starts.

Can a second Xfinity title be far behind?

“My mentality cannot change from last year,” he said. “It’s all about going to Phoenix. We’re obviously doing a lot of great things, but we can’t slow down. Everyone else is getting better, as well.”

He connected with Ty Gibbs near the end of the first stage and the No. 22 Ford swiveled a bit until Cindric straightened it and kept it on pace for the win.

“I definitely did not remain calm for the two laps after that,” Cindric said.

He settled down soon enough and led the final 51 laps.

The 22-year-old Cindric stood in the window and pumped his fists toward thousands of fans who turned out at Dover a year after they were banned from attending because of the coronavirus pandemic. Dover said Sunday’s Cup race was sold out, with capacity capped at 20,000 ticketed fans.

Cindric opened this season with a win at Daytona and again won four races later at Phoenix. He finished 30th last week at Darlington but still came into Saturday with a 39-point lead over Daniel Hemric in the points standings.

He won his 11th career Xfinity race; he had six wins last season.

“It could have been one spot better,” Berry said. “We just weren’t quite as good on that last run as we were the run before.”

Martin Truex Jr. starts on the pole today at Dover, a week after he took the checkered flag in a dominating drive at Darlington Raceway. Truex — who has three career wins at Dover — won for the 30th time in the Cup Series.

Truex is the 7-2 favorite to win the only race this season at the Monster Mile. The Delaware State Lottery said Saturday since full-scale sports betting started in Delaware on June 5, 2018, about $656,995 or 0.25% of the sports betting handle, has been wagered on auto racing. For the lottery’s current fiscal year, auto racing comprised $196,000 or 0.18% of the wager handle.

Today’s race is sold out with capacity capped at 20,000 ticketed fans. … Dover had traditionally held two NASCAR weekends but moved one race date to Nashville Superspeedway. Nashville will have a Cup race on June 20. The 1.33-mile concrete track was built in 2001 by Dover Motorsports and hosted NASCAR and IndyCar events until 2011. Nashville Superspeedway held Xfinity and Truck events, as well as IndyCar races from 2001 until 2011. “I loved two races there, but it’s always fun to learn new tracks, as well,” Truex said. … Denny Hamlin joins Truex on the front row for today’s race. Hamlin, the defending winner at Dover, is the first driver since the inception of the playoff system in 2004 to lead the points standings through 12 races to not have won a race.