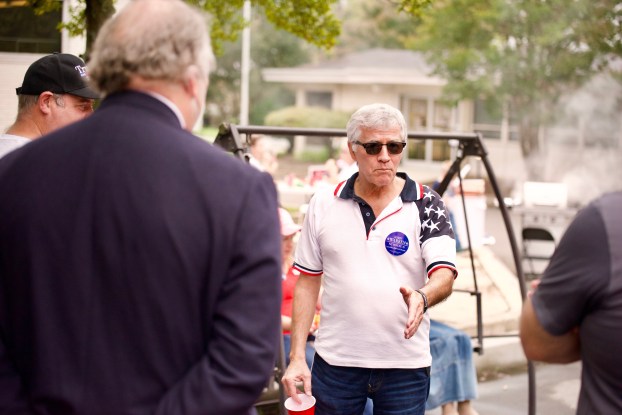 SALISBURY — A bill in the N.C. House to prohibit and punish a non-electric vehicle driver from parking in a space designated an electric vehicle charging station has made it to the Senate.

Pittman, who used to represent part of Rowan County before the 2020 general election, did not state during House floor debate why he opposed the measure.

The bill establishes a $100 fine for violating the parking restriction and calls on the spaces to be designated by a sign. Similar to handicap parking restrictions, it would be enforced by any state, county, city or municipal authority tasked with overseeing other parking laws and ordinances.

The bill restricts local governments from implementing any additional fees for violating the parking restriction. Additionally, electric vehicles must be connected to the recharging equipment while in the space.

Warren told the Post a similar measure was filed last year, but no action was made on the proposal. Upon request from the primary sponsors of that bill, Warren agreed to lead this effort during the current legislative session.

If approved, it would become effective on Dec. 1.

Warren said for years now he’s kept an eye on the industry in terms of pushing manufacturers to produce electric vehicles. With North Carolina consistently ranking high for tourism across the U.S., the need to accommodate electric vehicles is here.

“Electric vehicles are going to be coming onto the roads in greater numbers each and every year,” Warren said. “We have to be in a position to facilitate charging these cars.”

Warren said while he acknowledges the positive environmental impact electric vehicles could have, but his primary consideration is “keeping North Carolina ahead of the curve.”

“We’re just accepting the inevitable and preparing for it ahead of time,” he added.

Currently, there are at least four electric vehicle charging stations in Rowan County. Those stations can be located at Rowan-Cabarrus Community College, the Novant Rowan Regional Medical Center, the Historical Mint Park at the intersection of East Innes and Depot streets and the Hampton Inn on Klumac Road.

By Natalie Anderson natalie.anderson@salisburypost.com SALISBURY — The Historic Preservation Commission on Thursday gave the green light for both an Integro... read more