SALISBURY — The 2021 recipients of the Elizabeth Duncan Koontz Humanitarian Award were celebrated Monday evening during a virtual ceremony hosted by the Salisbury Human Relations Council.

Jill Burch, the late Paul Fisher and Matthew Marsh were honored during the pre-recorded event that was streamed on Facebook and local TV.

Born in Salisbury in 1919, Koontz became a national advocate for education, women’s rights and civil rights. She was the first African-American to serve as president of the National Education Association and as the director of the U.S. Department of Labor Women’s Bureau under President Richard Nixon.

“For the past 30-some years, the Human Relations Council has sponsored this event to achieve two goals,” said John Schaffer, a member of the Human Relations Council. “To remember and honor the actions of one of Salisbury’s most prominent citizens and her significant accomplishments and to recognize people today who have accomplished a large body of work demonstrating significant community service.”

Burch was introduced by Annie Boone Carroll, who listed Burch’s many achievements during her 25 years career in the nonprofit industry. Like Koontz, Burch graduated from Livingstone College. In the 1990s, Burch founded the Rowan Area Minority Business Association and has worked to help increase home ownership among minority groups with several housing organizations.

Burch received the NC Housing Counselor of the Year Award in 2009 and currently serves as chair of the Board for East Spencer Housing Authority.

“I would just like to say to the young people in the community: if God gives you something on your heart, and in your mind and you have a vision, please always follow up on your vision and your dreams, so your dreams will never be deferred,” said Burch, who was nominated for the award by her daughter. 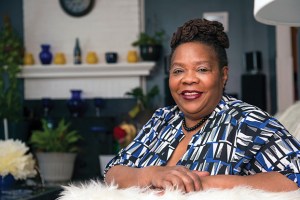 Jill Burch was one of three Salisbury residents honored with the 2021 Elizabeth Duncan Koontz Humanitarian Award on Monday. Photo submitted.

“He was a giant,” Wright said. “His work in the community was done quietly and consistently. However, his work and contributions are still being felt today. He was, as I knew him, very gracious and humble.”

Paul Fisher, who built F&M Bank into the dominant local financial institution it is today, was a catalyst for countless community projects in Salisbury and Rowan County, including the East Rowan YMCA and the Gateway Building.

Paul Fisher died at the age of 82 in October. His son and current F&M Bank Chairman and CEO Steve Fisher accepted the award on his behalf. 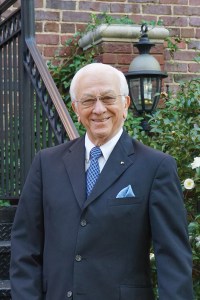 Paul Fisher was honored posthumously with a 2021 Elizabeth Duncan Koontz Humanitarian Award for the many community projects he helped catalyzed during his life. Photo submitted.

Matthew Marsh was introduced by Dora Wood, the goddaughter of Koontz. Marsh, who co-owns The Forum with Steve Safrit, received the award for the work he’s done with several community organizations.

Marsh currently serves on the board for both Rowan Helping Ministries and Prevent Child Abuse Rowan and formerly served as a board member for Meals on Wheels Rowan. When COVID-19 shut down his gym for several weeks last spring, Marsh used that time to make a difference. 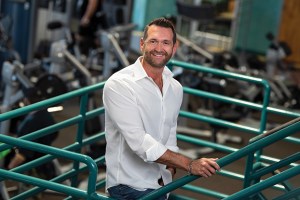 Matthew Marsh, the co-owner of The Forum, was honored with the 2021 Elizabeth Duncan Koontz Humanitarian Award for his work with several community organizations. Photo submitted.

“When we were shut down with COVID, I used that time to try to raise food and stuff for Rowan Helping Ministries,” said Marsh, who was nominated by his mother. “That kind of presented itself. I had made a lot of contacts with people in the gym and I could use those contacts to try to raise food.”

Marsh said he’s proud to use his platform as a local business owner to help the less fortunate, but wanted to credit Safrit and other members of The Forum’s leadership team for the award as well.