SALISBURY — A Salisbury man will serve a minimum of 38 months in jail after being convicted Friday of taking indecent liberties with a child.

Donald Clair Reynolds III received two consecutive prison sentences of 19 to 32 months. He was ordered to participate in any sex offender treatment available in prison, register as a sex offender and have no contact with the child victim. His sentence occurred after a weeklong trial. 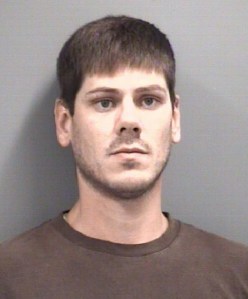 The child victim, who was 11 years of age at the time, reported to her family that Reynolds, III had inappropriately touched her while she was in a bathroom. Once her family contacted law enforcement, the child victim was interviewed at the Terrie Hess House Children’s Advocacy Center, where she shared information consistent with the initial complaint and that Reynolds had touched her inappropriately two additional times, a news release stated.

District Attorney Brandy Cook said she appreciated the dedication of Assistant District Attorney Barrett Poppler, a thorough investigation conducted by the Rowan County Sheriff’s Office and the support of the Terrie Hess House.

SALISBURY – The Rowan-Salisbury Schools Board of Education on Monday approved the sale of the Faith Elementary property to Faith... read more