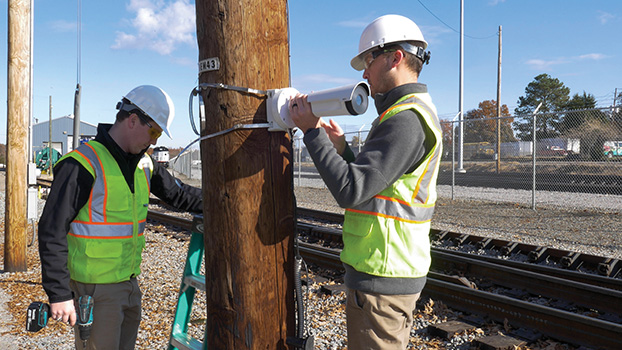 SALISBURY — For several weeks in 2017 and 2018, an inconspicuous camera perched on the platform at Salisbury Station provided important feedback to researchers.

The thermal, motion-activated recording device was placed along rail lines in 11 different cities across the state from 2017-2020, capturing the frequency of pedestrian railroad trespassing events. A trespassing event is considered any track crossing that doesn’t occur at a designated area.

Charlotte, Raleigh, Greensboro and Gastonia were other locations included in the study.

The information gathered by the camera was observed and analyzed by researchers from the North Carolina Department of Transportation and N.C. State University and compiled in a recently published report.

The report will serve as a tool for the NCDOT to prevent people from getting hit by trains, NCDOT Engineering Coordination and Safety Manager Jahmal Pullen said.

The number of yearly fatalities caused by trespassing have remained consistent over the past three decades.

“It’s usually mid-to-high teens to low-to-mid twenties,” Pullen said. “It’s stayed right there over that 30-year period, so that has been a focus of ours over the last several years — what can we do to try to take those fatalities down to zero if we can, obviously, but at the minimum, reduce those numbers.”

Trespassing is the leading cause of railroad related fatalities across the United States. Between 2012 and 2017, the NCDOT report stated, the annual number of trespassing-related pedestrian fatalities in the United States increased from 725 in 2012 to 858 in 2017, an 18% increase.

Several people have been killed by trains while trespassing in Rowan County in recent years.

The rail line at Salisbury Station was chosen as a site in the study because it was identified as a “hot spot” for trespassing events. Researchers considered a variety of factors when determining where the cameras would be located, including the number of past trespassing fatalities and feedback from train crews.

“We had gotten some feedback from Amtrak train crews about people that they had seen cross not at the crossing near (Salisbury Station),” Pullen said. 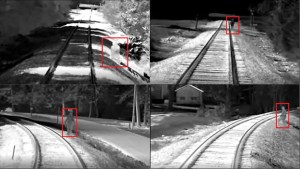 Salisbury was the least-observed hot spot in the study. Elon was the most monitored location, with 139 observation dates. However, Pullen said that doesn’t mean that trespassing isn’t occurring elsewhere in Salisbury, including just down the tracks from the station.

“We were looking toward Liberty Street, so I don’t think it reached to the Kerr Street crossing or the Council Street crossing. So, if someone cut across 150 feet away from the crossing, it would not have picked them up,” Pullen said.

Overall, Pullen said that the major takeaways from the study were the sheer number of trespassing events that occurred at the 11 locations, especially compared to the number of fatalities recorded. Pullen said it was also interesting to see that the average trespassing event lasted for just a few seconds, long enough for people to simply cross the railroad track.

The information obtained during the four-year study will help inform the NCDOT’s decision making going forward.

“It also helps, from the DOT perspective, when we’re looking at designing projects,” Pullen said. “We want to make sure we’re focusing on how foot traffic, pedestrians move, around the track and make sure they’re able to get to a safe crossing.”