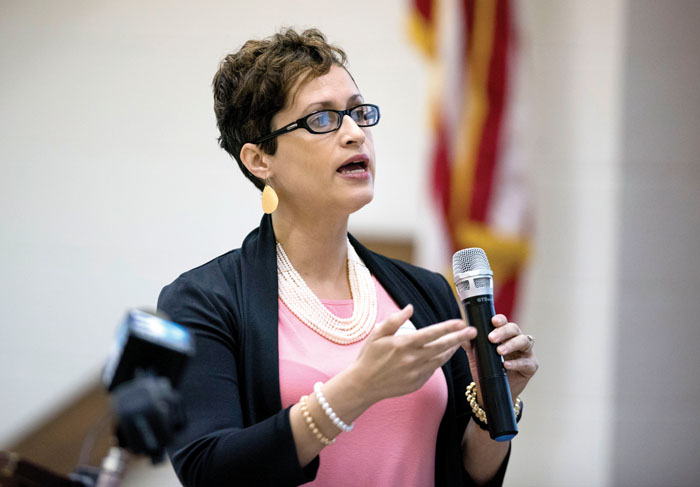 Alyssa Harris will serve as interim director. Oliver is leaving to become health director in Carteret County, she told the Post.

Rowan County Commissioner Judy Klusman, who serves as the liaison to the health board, said Oliver offered a notice when informing members she accepted the new job, but the board agreed Tuesday would be her last day. Oliver leaves on good terms, and Klusman offered words of praise for the outgoing director.

Oliver said she’s excited about and looking forward to the position as well as professional growth.

Both Klusman and Dari Caldwell, health board chair and retired president of Rowan Medical Center, said Oliver built a good team at the department and that it will be more important to find the right fit rather than fill the position quickly.

“We really want to take the opportunity to make sure that we are getting the right person at the right time,” Caldwell said. “We have a tremendous team, and all that’s been done has very much been a team effort. … The team will come together and make it happen.”

That Oliver’s departure comes during the COVID-19 pandemic doesn’t make things easier, Klusman said. Things have been a bit “like building an airplane while you’re flying” during the coronavirus pandemic, she said.

“But I think the plane is pretty well put together,” Klusman said.

Oliver first took the director role on an interim basis before being named to the position permanently in 2014. She worked for the Rowan County Health Department for 11 years before taking the top job, moving her way up from dental health educator.

“The past almost 18 years here have been very rewarding,” Oliver said in a resignation letter. “I’ve truly enjoyed working in public health and managing a successful department dedicated to providing greater access to health care, health equity and education to the Rowan County community. While I am looking very much forward to this new opportunity, I will miss the many community partnerships and friendships I have formed over the years.”

Harris, 31, is a Rowan County native and the Health Department’s community health manager. She joined the department in November 2019 and previously worked as the executive director of Health Rowan, a program coordinator at the Cabarrus Health Alliance and a grant writer at the same agency.

During an emergency meeting Tuesday to accept Oliver’s resignation, Caldwell said she didn’t want the board to wait until it’s next regular meeting to talk about next steps in filling the director position.