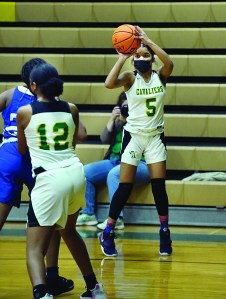 North’s previous high for points this season was 63 against Albemarle.

Most important, North (7-2, 6-0) stayed unbeaten in the 1A Yadkin Valley Conference.

The Cavaliers led 19-10 after a quarter and took a 36-24 lead to halftime. The third quarter was the big one for North, a 25-7 advantage to break the game open.

Hannah Wilkerson had her biggest scoring night of the season with 23 points and had 10 rebounds, three assists and three blocks.

Kamora Cannie had 19 points and 10 assists.

Kadence Yuyou got her first points of the season. She scored six and had seven rebounds.