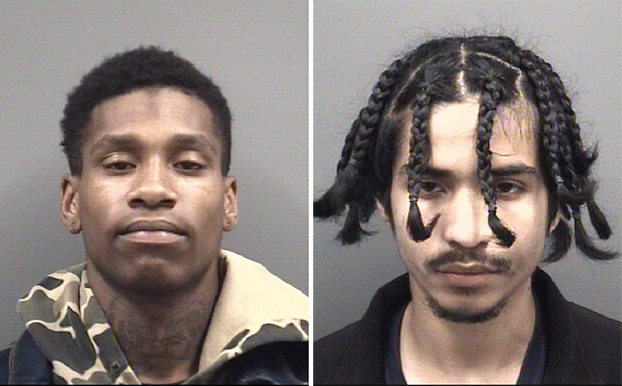 SALISBURY — Men from Spencer and Salisbury face drug and weapons charges after being stopped near the intersection of Faith Road and Avalon Drive.

Christian Gutierrez-Ramirez, a 19-year-old Salisbury resident, was charged Saturday with two felony counts of trafficking heroin or opium, possession of a weapon by a felon and carrying concealed weapons.

Also arrested was 22-year-old Spencer resident Daquan Bishari Rabouin, who faces charges of possession of a weapon by a felon and carrying a concealed gun. The Rowan County Sheriff’s Office said he was on federal post-release supervision for firearms offenses.

Maj. John Sifford of Rowan County Sheriff’s Office said the charges stem from the stop of a red Kia Optima for a traffic infraction at about 4:22 p.m. Saturday. A K-9 used during the stop alerted to the presence of drugs. In addition to finding 16 pills in the pocket of Gutierrez-Ramirez, Sifford said a quantity of marijuana and hydrocodone was found in the car.

The weapons possession charges were from a Springfield 9mm handgun and Taurus 9mm handgun found in the car.