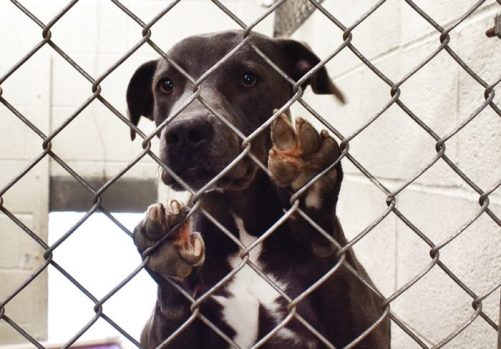 A Pit Bull named Mayor looks out from his kennel at the Rowan County Animal Shelter. Ben Stansell/Salisbury Post 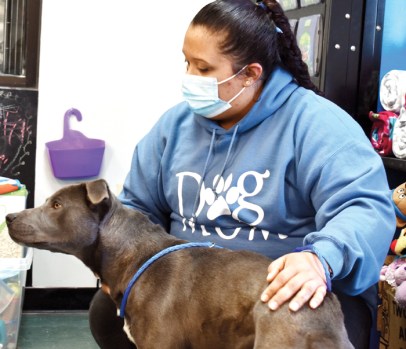 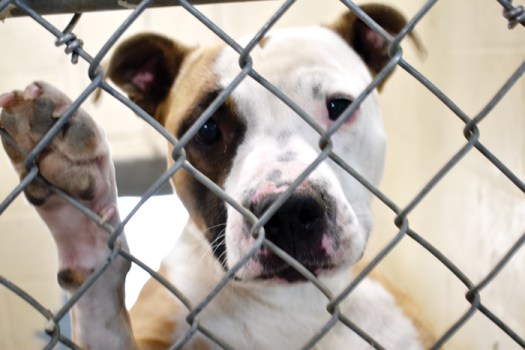 A dog peers out from its kennel at the Rowan County Animal Shelter. Ben Stansell/Salisbury Post 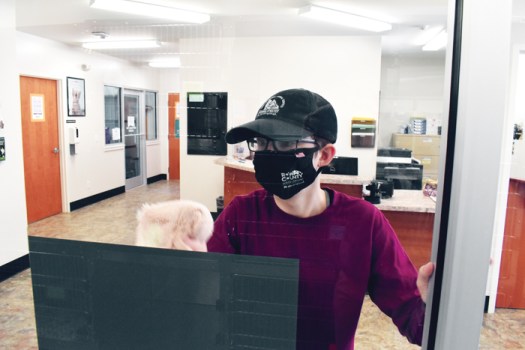 Anna Lyerly wipes down a window in the cat wing of the Rowan County Animal Shelter. Ben Stansell/Salisbury Post 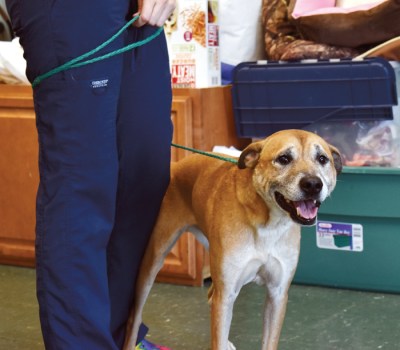 A newly admitted dog familiarizes itself with its surroundings at the Rowan County Animal Shelter. Ben Stansell/Salisbury Post

SALISBURY — While adapting to pandemic conditions in 2020, the Rowan County Animal Shelter continued its streak of not having to euthanize any adoptable dogs and cats, say Bob Pendergrass, animal services director.

That’s a long way from where things used to be. In 2011, the shelter euthanized nearly 3,000 cats, but it has since steadily decreased the number of euthanizations and significantly increased adoption rates. For the previous three years, the shelter has avoided having to euthanize any dogs or cats besides those that are severely ill, significantly injured or have extreme behavioral issues.

That didn’t change in 2020, despite the shelter having to operate at times with a skeleton crew. In the past, the shelter has relied on a program where low-security inmates help with cleaning and upkeep, but that program was suspended during the pandemic and likely won’t resume in the “foreseeable future.” The number of staffers allowed in the shelter at one time was also reduced.

Now, for the most part, the shelter’s roughly 14 staff members have returned and are operating under new health protocols.

“We’re continuing to exist in a coronavirus environment,” Pendergrass said. “We’re doing everything we can to promote the safety of the visitors and the safety of the staff. It’s worked out OK so far. We’re trying to keep staff away from each other as much as possible and safe.”

In total, the Rowan County Animal Shelter took in 3,340 dogs and cats in 2020. Of those, 2,704 were adopted and 350 were returned to their owner. The shelter euthanized 165 dogs and cats deemed “unadoptable,” which could mean the animal was serious ill or injured.

The total number of animals taken in by the shelter in 2020 was noticeably lower than it has been in recent years, Pendergrass said.

A reduction in the number of animals brought in during 2020 could be the result of a change spurred by COVID-19. Instead of allowing people to visit the shelter anytime during operating hours, staff began scheduling appointments by phone to avoid having large numbers in the lobby at one time. As a result, shelter staff members could talk to animal owners who were considering surrendering their dog or cat and offer potential solutions, such as informing them that the Humane Society offers free pet food to those facing economical struggles.

Shelter Supervisor Maria Pannell said, with people having to schedule and wait for appointments, they were more likely to keep their pet and work through a problem.

Pendergrass attributes the shelter’s ability to endure and adapt to the changes brought on by COVID-19 to the shelter’s staff, the foster program it implemented in the spring and the “special adoption” events the shelter hosted throughout the year.

Pendergrass said that the shelter is authorized to host 20 special adoption events per year by the Rowan County Board of Commissioners. During the events, the shelter offers an 80% reduction in adoption fees. The shelter used up just about all of its allotment in 2020.

“We’ve been strategically managing those (adoption events) as we’ve seen our numbers go up to try to get those numbers back down,” Pendergrass said.

The special adoption events have also given the shelter an opportunity to reach potential animal parents, which has become more important now that the shelter is allowing visitors on an appointment-only basis.

Due to the pandemic, many animal shelters across the country saw their populations dwindle as more people adopted animals while they quarantined and transitioned to working from home. Pendergrass said that he doesn’t have solid quantitative data that reflects a major change in the shelter’s animal population due to the pandemic, but he has noticed some adoption trends over the previous year.

“There’s both sides of the coin,” Pendergrass said. “We’ve had people adopting animals because they found themselves at home and wanted to take advantage of the opportunity to have a pet. On the other end of the spectrum, they’re people that have suffered some income loss and they’re finding that’s an expense they can no longer handle.”

Currently, the shelter is providing a home to more than 20 dogs and almost 40 cats, but that number is constantly fluctuating due to adoptions and intakes.

The upcoming year is poised to be a period of growth for the shelter, as the construction process has started on the shelter’s new dog wing. The new facility will be located on an adjacent piece of property and will have a spay/neuter room, surgery prep room, large and small dog recovery wards, suites to adopt dogs in and rooms in which possible owners can visit with pets.

The shelter is still offering its foster program for those interested in temporarily adopting a dog or cat. To participate in the program, a person must live in Rowan County. For more information about fostering or adopting an animal, call the Rowan County Animal Shelter at 704-216-7768 or check out the shelter’s Facebook page, where adoptable animals are posted almost daily.