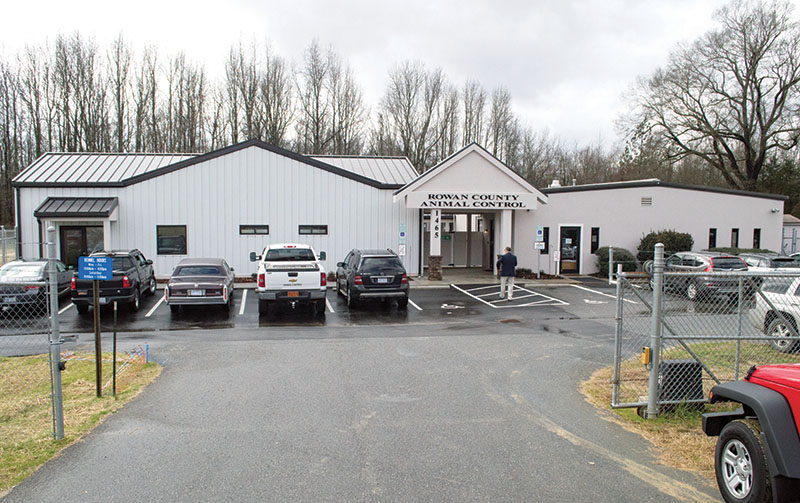 SALISBURY — When 2016, comes to a close, the Rowan County Animal Shelter euthanization and adoption rates will wind up at roughly the same level or slightly higher than the previous year.

When compared to other counties in North Carolina, however, Rowan sits at or near the top of the pack. Consistently, the shelter in recent years has seen a larger number of adoptions and smaller number of euthanizations for cats and dogs. In 2016, the shelter’s various statistics will also finish far better than just five years ago.

As of Dec. 13, the Rowan County Animal Shelter in 2016 euthanized 310 cats and 61 dogs, according to statistics provided by staff. At the same mark, the shelter’s statistics showed 1,713 cat adoptions for the year and 1,477 dog adoptions. Also in the current year, the shelter has not euthanized a single adoptable dog, said Animal Services Director Bob Pendergrass.

Compared to 2015, the following areas will wind up with a less desirable turnout: cats euthanized, cats adopted and dogs adopted. All other areas were close or better than the prior year.

Compared to five years ago, all areas are much better. In 2011, for example, the Rowan County Animal Shelter euthanized 2,878 cats — greater than its current total intake of cats.

In 2011, for example, state statistics show that only 81 cats were adopted from the Rowan County Animal Shelter.

County officials have devoted a larger percentage of the annual budget to the shelter, but there’s no debate about the real reason for the improvement.

“The reason Rowan County is able to do as well as it does is because of the really good people that run the rescue groups that work with us,” Pendergrass said. “Without them, we could never reach the level of adoptions that we do. There are several out there, but they are the ones that really make the difference.”

Perhaps more than the continued trend, 2016 was a notable year for the animal shelter because it marked the opening of a cat wing paid for by a private donation. It will not create a significant statistics improvement in dogs or cats adopted, but there are other reasons to look at the addition of the cat wing as a positive, according to Pendergrass. The cats are more likely to remain healthy during a cat wing stay than previously, where a number of cats were occasionally placed in the same holding area, according to Pendergrass. Now, that’s not the case, he said.

“I think the addition of the cat wing is just tremendous,” he said. “Dealing with these animals, a number of these animals, in a confined situation always presents an opportunity for issues.”

County Commissioner Craig Pierce, who has taken up the animal shelter as one of his focal points, said the cat wing has been critical to setting the right tone.

“It shows that we are dedicated to trying to keep our shelter up to date,” Pierce said. “Because of the additional space, we are also able to manage our dog population more effectively … Rowan County has made a commitment to making sure our animal population is treated humanely.”

At an undecided point in spring 2017, Rowan County will also begin performing in-house spay and neuter services, which Pierce and Pendergrass said will further improve the quality of care. Both men also noted a more recent building addition by nonprofit group Shelter Guardians, which will primarily be used by the shelter’s new in-house veterinarian, Mari Maristany.

Better adoption and euthanization rates aren’t the only notable trends when current numbers are compared to five years ago. Intake numbers for dogs and cats are also sharply lower. In 2016, for example, took in 1,972 dogs, according to statistics ending Dec. 13. In 2011, the shelter received 3,227 dogs. A similar trend exists for cats, which haven’t quite declined to the dog intake numbers.

Pierce said it’s unrealistic for Rowan County officials to ever promise the shelter won’t euthanize an animal. Statistically, Pierce has repeatedly said Rowan County qualifies as a no-kill shelter. If a shelter euthanizes fewer than 10 percent of its intake, Pierce said the shelter qualifies.

For dogs, Rowan County falls below the no-kill threshold. In 2016, it won’t fall below the threshold for cats, which would be only 247, according to statistics ending Dec. 13.