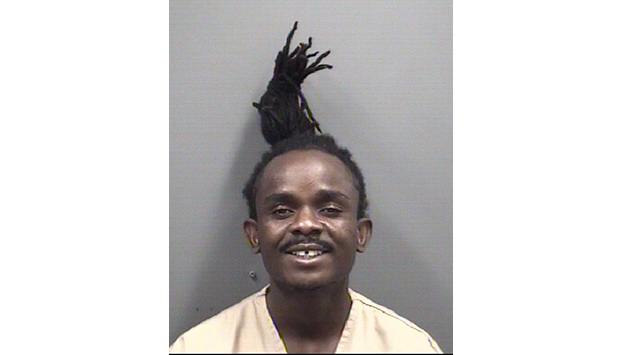 Eldmond Saye Boley was charged with two felony counts of robbery with a deadly weapon and five counts of assaulting a law enforcement officer/police officer with a firearm. A warrant states in December Boley walked into the Goodwill located at 836 West Jake Alexander Blvd., displayed a brown Sig Sauer .38-caliber handgun and stole $1,149 in cash.

While searching in the area of Maple Avenue and Wilson Road, near Salisbury High School, to investigate the robbery, police say they were fired at by Boley. A warrant states Boley shot at Salisbury Police officer Todd Sides five times. Boley also allegedly stole a silver Nissan Rouge worth $8,000 and threatened the owner with the same handgun.

Boley was also charged Nov. 15 for injury to real property and Nov. 25 for second-degree trespassing.

Boley was booked into the Rowan County Detention Center Friday with a $150,000 bond. He was first arrested last month in New York.

• Shane Steven Hobart, 22, of Rockwell was charged Friday with felony possession of methamphetamine, a schedule II controlled substance, as well as a misdemeanor charge of possessing drug paraphernalia.

• Jamarcus Cotrell, 20, of Salisbury was charged Saturday for misdemeanor breaking or entering and misdemeanor injury to real property. An arrest report alleges Cotrell broke into a building located on the 880 block of Vallant Drive in Statesville and damaged the door and door frame of the victim’s residence.

• Turoqua Correll, 41, of Salisbury was arrested on Sunday on misdemeanor injury to real property and misdemeanor simple assault after allegedly destroying two computer monitors, a candy machine and other small items at Days Inn hotel, located at 321 Bendrix Drive. Correll also struck a victim in his left arm.