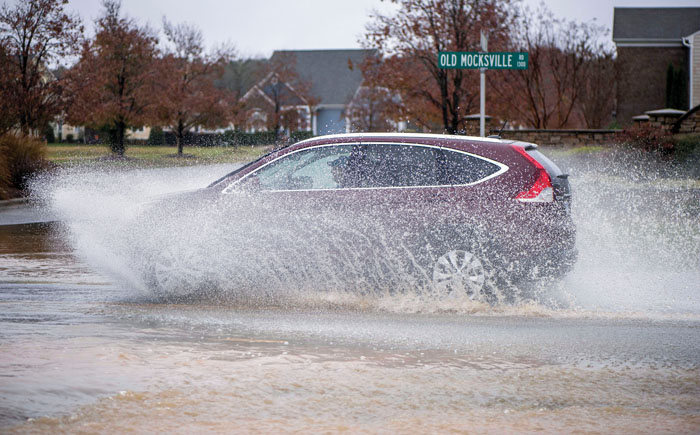 SALISBURY — Rowan County saw the wettest year on record in 2020, adding another point of interest to one of the most remarkable years of the past century.

The final precipitation total at the Mid-Carolina Regional Airport in Salisbury was 72.17 inches — the highest since 1929 when the same location recorded 70.69 inches. The lowest number recorded at the site was 29.87 inches, four years later.

Nearby areas had above-average rainfall as well. The Charlotte area recorded 58.8 inches, significantly higher than a normal 41.63 but a far cry from the record 68.44 inches according to data from the National Oceanic and Atmospheric Administration data.

Rowan County Weather proprietor Steve Monday said 2020 weather phenomena, including this summer’s strong El Niño and winter El Niña, contributed to the record. The pattern would typically result in more snow fall, but this year it was almost all rain.

He would not rule out climate change having an impact as well.

“I think certainly there’s an argument to be made there because of the number of hurricanes,” Monday said.

The county also saw fewer days with temperatures of more than 90 degrees in 2020 and saw an average temperature of 60.5. The high volume of rain could have contributed to the lower highs. Monday noted evaporation cooling and losing radiation heat from the sun when the sky is overcast.

Monday said breaking records such as the amount of snowfall can be interesting, but he is not a fan of clearing some high marks such as recording a new highest temperature. You may shy away from more rain, but there are worse alternatives, he said.

“We know from experience we can go without rain and go into drought,” Monday said.

Some crops are prone to rot if they sit in the fields wet when farmers wanted to have already picked them. It can be an issue for growers when it is too wet to plant as well.

Albertson said it was not an incredibly difficult year for local growers. The rain sometimes caused problems for farmers such as delaying or preventing harvests, and there was a late freeze in the spring.

The rain sometimes caused problems for farmers like delaying or preventing harvests and there was a late freeze in the spring, but for the most part the growing seasons came together and there were no singular devastating events like severe hurricane weather.

Albertson said farmers always anticipate some loss and imperfect weather. They adapt by diversifying or making changes of plans like selling cows they were planning to hang on to.