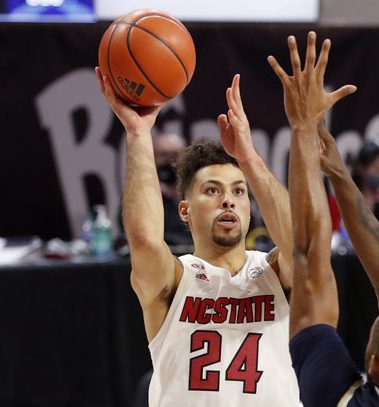 UMass Lowell no match for Wolfpack

Daniels scored five points during a 12-0 run in the first half for a 22-point lead. He scored the first four points of the second half as N.C. State cruised — leading by as many as 34.

Hayes, a freshman, had been a solid replacement at point guard for Markell Johnson, who left N.C. State ranked third in career assists. Hayes entered with 10 assists and one turnover in his first two games, and had six assists with one turnover against UMass Lowell.

N.C. State (3-0), which entered outscoring its opponents 64-17 in points off turnovers, scored 20 points off 19 turnovers by UMass Lowell.

Darion Jordan-Thomas scored 12 points for UMass Lowell (1-3). Salif Boudie and Obadiah Noel, who reached double figures in scoring for the 30th straight game, each had 10 points. The River Hawks were seeking their second victory against an ACC opponent — with the last coming against Boston College in 2015.

N.C. State is scheduled to play UConn on Saturday.