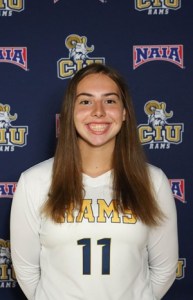 ROCKY MOUNT — Catawba athletics competed for the first time in nearly eight months as the men’s and women’s swim teams traveled to the Rocky Mount Family YMCA for a meet with host Barton.

Catawba will host Lees-McRae at the Johnson Pool this coming Saturday.

Driver was having one of the best 2020 seasons in the state when the baseball season was stopped last spring and he excelled for the Rowan NC3 team over the summer.

Henry Morgan made a hole-in-one on the 140-yard No. 7 hole at Rolling Hills.

Charlie Fisher made a hole-in-one at The Revival Golf Course at the Crescent on Friday.

Fisher used a pitching wedge from the gold tees on the No. 8 hole.

The shot was witnessed by Neil Shouse, Gary Craver and Mike Burton.

• In a 4-1 win against North Davidson, Dameron had a two-run triple to back strong pitching by Brandon Moore and Mason Murdock.

• Tyler Grady had three hits and Dameron had two hits and scored twice in a 3-1 win against the West Raleigh Skeeters. Specht won it, and Gracer closed it.

Emma Clarke (West Rowan) had two homers and four RBIs in the Carolina Cardinals’ 9-4 win against the Birmingham Thunderbolts on Saturday.

•  Clarke had a double and two RBIs in a 7-5 win against Fury Platinum.