SALISBURY — A Kannapolis man faces heroin charges after his mother called authorities because she believed he was impaired and attempted to remove his children from the home.

Officers responded on Sunday afternoon to the 200 block of Wakefield Drive for a disturbance. A woman said her son was trying to force his way into a bedroom by beating on the door with his fist. 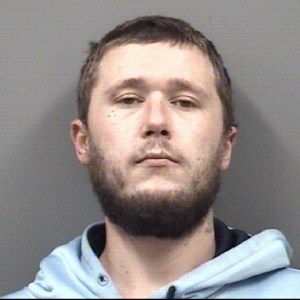 She told authorities that she felt her son was impaired. She said he was combative, said spokesman Maj. John Sifford.

The children were scared and ran into a back bedroom. When the officer arrived, he noted Wheeler’s hand was bloody. He injured his hand beating on the door. Wheeler was treated at the scene by Rowan EMS but refused to be taken to a local hospital.

The officer asked Wheeler if he was impaired and he admitted that he had a “rig” or a syringe. Wheeler pulled out a cigarette packet that had a brown piece of paper wedged into it. The paper was unwrapped and Wheeler said it contained methamphetamine. The officer, however, confirmed the substance was “China white” heroin.

The property owner arrived at the home and informed deputies that he’d previously asked Wheeler not to return on numerous occasions.