SALISBURY — A Spencer man faces death by distribution charges after someone he allegedly sold heroin to overdosed and died earlier this year.

The Rowan County Sheriff’s Office charged Shorod Lamar Young, 30, who resides in the 200 block of North Yadkin Avenue, with felony possession with intent to manufacture, sell or deliver a controlled substance schedule I in addition to the death by distribution charge. 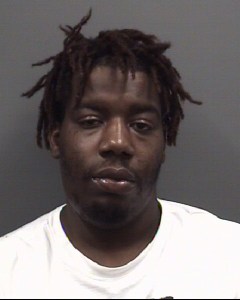 The investigation began May 10 when the 41-year-old victim was found by his father at their Lowder Road home. Locke Fire Department and Rowan County EMS responded to the home and discovered he was already deceased. He was found on his knees leaning against the couch with a needle in his hand and a white substance in a container nearby, said Maj. John Sifford.

Investigators also found various needle caps around the room. His father told investigators he’d talked to him the night before. He went to wake him and found him unresponsive.

Investigators obtained search warrants for the victim’s cellphone and discovered text messages via the free text/calling app, TextNow. Young was developed as a suspect.

He remains in the Rowan County Detention Center under an $85,000 secured bond.