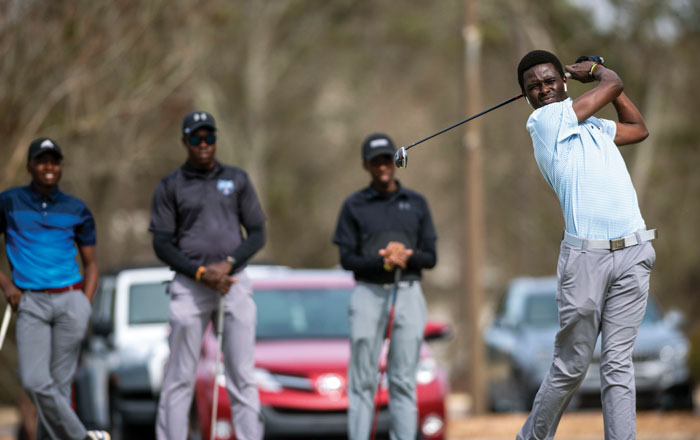 Titus Okwong, watching the flight of an iron shot with his Livingstone teammates, was part of the winning Civitan tournament. (JON C. LAKEY/SALISBURY THE MAGAZINE FILE PHOTO) 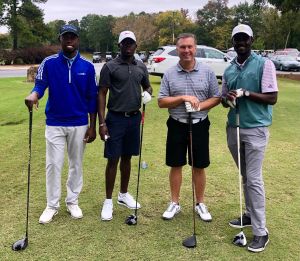 SALISBURY — The 45th Salisbury Civitan Golf Classic was held on Friday at the Country Club of Salisbury.

The three flights were based on handicap.

The State Farm Insurance team won the First Flight with a 54.

The Third Flight was won by the Yang Family Dentistry team of Steve Yang, John Yang, Alex Yang and Scott Maddox. They shot 60.

The tournament is a major annual fundraiser for the Civitan Club of Salisbury.

Civitan thanks all sponsors and players.