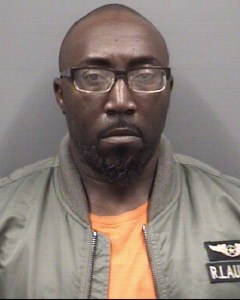 The alleged driver, identified as Terrance “Bronc” Andre Butler, 42, of Greenville, South Carolina, was charged with trafficking heroin by possession and transportation, felony maintaining a vehicle, felony fleeing to elude and possession of drug paraphernalia. 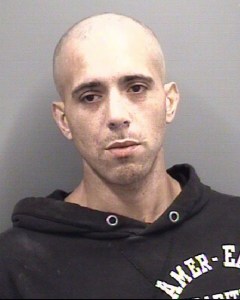 The alleged passenger, Brandon Lee Phillips, 26, was charged with trafficking heroin by possession and transportation, felony maintaining a vehicle and possession of drug paraphernalia.

On Tuesday, Sheriff’s Office investigators conducted a criminal interdiction stop on southbound Interstate 85 and attempted to stop a 2004 black Cadillac Escalade for a routine traffic violation, according to a news release.

The Cadillac came to a stop south of Peeler Road and the two occupants were apprehended. During a search of southbound Interstate 85, deputies located approximately 100 grams of heroin, valued at $7,000. The packages had been torn open, and some of the heroin was not recovered.

Butler was on federal supervised release from a Sept. 17, 2007, conviction in the United States District Court for the District of South Carolina. Butler had received 160 months in federal prison for possession with intent to distribute cocaine base (crack), possession of a firearm by a felon, and possession of a firearm in furtherance of a drug trafficking crime. This sentence was followed by a term of five years of supervised release.

Phillips has an extensive criminal history that includes charges of possession of drug paraphernalia, assault on a female, misdemeanor larceny (multiple), shoplifting and felony larceny on an anti-theft device. Phillips also has an outstanding probation violation.

Butler and Phillips were each issued a $100,000 secured bond.