SALISBURY — Two people were charged late Wednesday after police responded to a fight outside of a Salisbury home.

Romello Christopher Ford, 24, of North Ellis Street, was charged with misdemeanor resist, obstruct, delay an officer and misdemeanor assault on a female. He has an outstanding warrant for failure to appear on an expired registration plate citation. 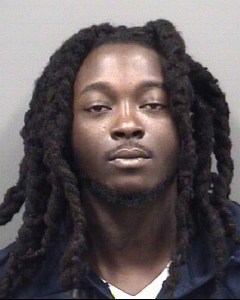 Kysheke Hishad Sweat, 20, of Poplar Tent Road in Concord, was charged with misdemeanor resist, obstruct, delay an officer. He also had an outstanding warrant for felony robbery with a dangerous weapon. 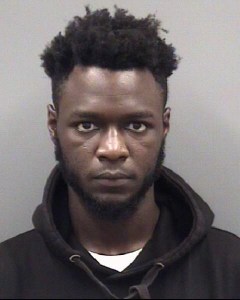 Police were called to the 600 block of North Ellis Street around 10 p.m. for a large fight that was in progress outside the home and after reports of people hearing gunshots. The crowd was still outside as the first officer arrived. The officer indicated the two involved in the incident were inside a pickup truck, said police detective Russ DeSantis.

The officer approached and, instead of listening to the officer’s commands, the two men got out of the vehicle and went inside the home. The officer waited for other officers to arrive. Sheriff’s deputies were also called to assist because of the large group of people, DeSantis said.

Police waited until a warrant was obtained to conduct a search inside the residence, DeSantis said.

Police located multiple firearms and ammunition inside the home, one of which was stolen from Charlotte, DeSantis said. Officers allegedly also found marijuana inside the home.

Charges are pending in the matter. It’s also not clear what led up to the fight, DeSantis said.

Rowan-Salisbury Schools ships out thousands of old devices for…