SALISBURY — Rowan investigators connected a truck to a vehicle break-in at a local used automotive dealership after it was spotted at a Dollar General store. 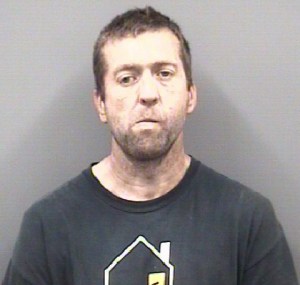 The break-in occurred at Kyle’s Auto Sales, located at 2040 East Ridge Road in the Ellis Crossroads area of the county. Someone broke into a 2000 GMC Sierra pickup and stole a winch mount valued at $50, an electric winch valued at $350, a trailer hitch, some keys, a dealer tag and a tie-down cable, said Capt. John Sifford.

The owner told deputies surveillance video captured a man tampering with the pickup and taking multiple items from it. A white truck was seen leaving the scene. That truck, a Chevrolet Colorado, was later reported at a Dollar General on U.S. 601 and traced back to Evans, according to Sifford.

Evans denied knowledge of the theft, but Sifford said deputies found the stolen items in the Chevrolet Colorado. Evans was arrested at the scene.

He remains in the Rowan County jail under a $6,500 secured bond.