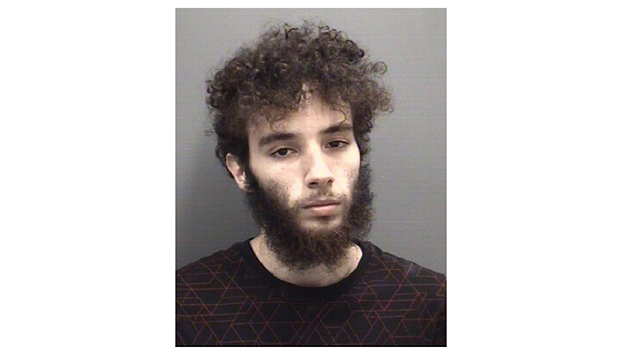 Dante Kain Morales, 19, of Bostian Road in China Grove, was charged Friday with felony third-degree sexual exploitation of a minor. According to the Rowan County Sheriff’s Office, the investigation began in January. Morales turned himself into authorities on Friday.

The Rowan County Sheriff’s Office was contacted by the State Bureau of Investigation. The agency was investigating a case of child pornography, said Sheriff’s Capt. John Sifford. The investigators determined an image of a young girl undressed with an adult male also undressed standing nearby was uploaded to a computer.

On March 10, the SBI sent a subpoena to Windstream for information from the Bostian Road address, located within the city limits of China Grove. There was information obtained from several subpoenas that linked Morales to child pornography, Sifford said.

On April 14, an SBI agent met with Sgt. J.L. Overcash, of the China Grove Police Department, and Rowan Sheriff’s Office detective David Earnhardt. All three went to the 600 block of Bostian Road. Investigators asked Morales if he had information about someone uploading or downloading child pornography.

According to Sifford, Morales dropped his head and admitted he may have images from a long time ago.

The investigators told Morales the images were obtained Jan. 19, 2020, and asked if he had images that could be considered child pornography on any devices. He said “no,” Sifford said.

Morales gave consent for investigators to search his cellphone. A subpoena was obtained and the phone was seized for a forensic examination.

On Aug. 21, investigators met with a magistrate and obtained arrest warrants for Morales. He obtained an attorney by the time the warrant was issued and turned himself into the magistrate’s office on Friday at 11:30 a.m.

He was issued a $7,500 secured bond and has since been released from the Rowan County Detention Center.