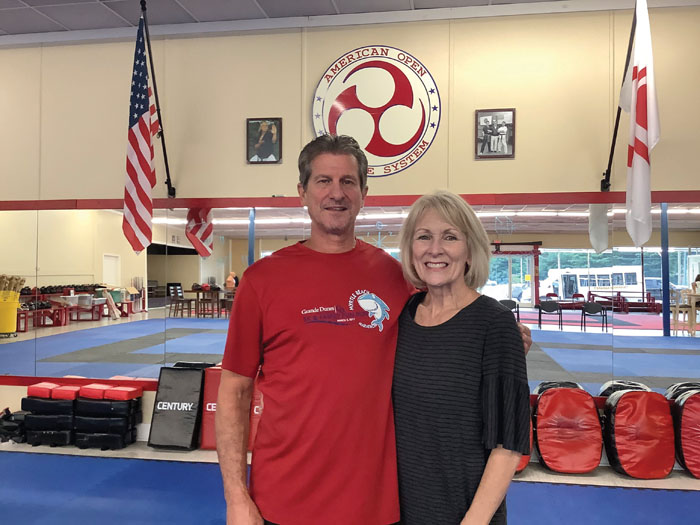 Edie and Ricky Smith own SideKick Karate and both run. Edie was already well known for her running exploits in the southeast before she came to China Grove and married Ricky. Submitted photo

One day I walked into the Amoco, now a BP, convenience store in China Grove and wondered why Edie Bateman was in town. I knew her as the one of the top women runners in the Charlotte area during the ’90s. Those were the days when women and men both had to really earn their merits because racing had an incredible competition level. We drove miles to find a race and all the serious runners thought nothing unusual about seeing your same top level competition week after week.

Edie told me at that chance meeting in China Grove about her upcoming marriage to Ricky Smith, co-owner with his brother of SideKick Karate. Ricky was world famous for his karate and Edie had few equals as a runner. I couldn’t help but endorse this marriage as wonderful for China Grove and Rowan County.

Born and raised in Georgia, Edie lived in a neighborhood single parent home where she was influenced by plenty of good athletes. Edie said, “I learned to love competition and began running a couple miles a day to get in shape for basketball and tennis. Running was always about feeling healthy mentally, physically and spiritually. I never ran with headphones as I used the time to be quiet and escape. Family, friends and coaches kept encouraging me to pursue my running goals. I was not obsessive, but just figured out early that there were reasons every day to not run and I wanted to be consistent. I realized that I had to factor the time in my day for running.”

One night after working late at Woolworth, her part time job of about 20 hours a week, Edie was very upset not to have run that day. Edie remembers, “I needed to run and told my mom. She left the room and I thought she was agitated. She came back within a couple of minutes with her 38L S&W and told me to get dressed. I always think back to when she was sitting on the hood of her car, lights on and pointed at the track for a midnight run. She did not necessarily love sports, running or competition, but she loved me and always wanted to encourage my brother and me. My mom instilled in us repeatedly that you can do anything you set your mind to and believed in discipline and hard work.” 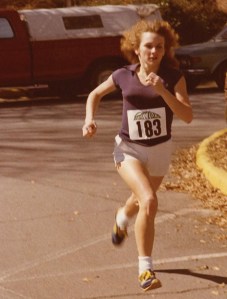 Edie Bateman as a young runner in Dublin, Georgia in 1980. Submitted photo

That support didn’t end with her mom. A grandmother in Toomsboro, Georgia often drove behind Edie on her daily runs to ensure safety. Edie said, “Poor Grandma, that was the least exciting job in the world and yet she followed me hundreds of miles through the years to protect me. My grandmother was certainly my biggest fan as she was older and realized that the most important things in life are free. She felt the importance of running to me and I am sure she knew I would never forget the time she sacrificed to support my running. She was so right!”

Edie had a strong track career at East Laurens High School in Dublin, Georgia, topped by a state third place finish in the 2 mile and a 41:03 10K. Colleges had noticed, and she was soon headed for Berry College. She ran for four years on a quality team that had national success each year.

Topping the Running Journal’s Grand Prix series in 1999 as the southeast’s best runner, Edie said, “It is important for me to relay that you can compete in running through any age. I enjoyed racing, but it did require a great deal of time. Winning the Running Journal Grand Prix, a series of races and earning points according to your place, at age 36 was a highlight. Seven races I competed in (1999) were included in this series.”

After coming to Rowan, Edie served as race director of Winter Flight and she and Ricky started one of the most successful races in Rowan, the China Grove 5K Challenge. They continue to run and walk while managing their thriving karate school.

Races continue to evolve in Rowan. Check salisburyrowanrunners.org for the latest updates.