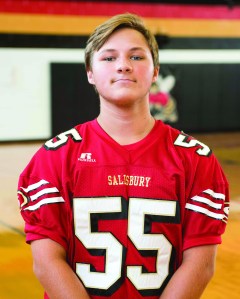 Sam Combs made a  recent hole-in-one on No. 6 at the Country Club of Salisbury.

With rounds of 72, 71 and 73, Salisbury’s Charlie Barr tied for ninth in the Hope Valley Junior Invitational in Durham.

Seager, 32, reached the majors in 2011. He’s the fourth to reach the 200-homer milestone with the Mariners.

“It’s definitely something I’m very proud of,” Seager said.  It’s not something I necessarily thought I was going to be part of my game growing up or even when you break in. So, it’s something I’m extremely proud of.”

Corey Seager (NW Cabarrus, Kannapolis Legion) was off to a great start for the L.A. Dodgers when he was sidelined by back discomfort.

Former A.L. Brown running back Sandon McCoy has been named as one of Army’s captains for the 2020 season.

The Charlotte at Duke football game was postponed from Sept. 17 to Oct. 31.

The Charlotte 49ers have added a second ACC team to the 2020 slate, landing a non-conference game against 19th-ranked North Carolina.  The game is slated for Saturday, Sept. 19, at Kenan Stadium.

Simmerson batted .429 with two homers as a freshman in 2018 when Carson made its playoff run to the regional final. She hit .436 with a homer as a sophomore.

She was batting .533 with two homers when her junior season was cut short after six games by COVID-19.

Goodlett played this past season for the post-graduate program at Franklin Academy.

Kheni Briggs, rated as one of the state’s top juniors, is transferring from A.L. Brown to Moravian Prep.

East Rowan’s Morgan Padgett pitched seven strong innings and hit a triple to drive in three runs for the South Charlotte Panthers in a 6-1 victory.

Salisbury’s  Drew Neve and Braylon Taylor  are representing North Carolina on a 12U team in Halftime Sports 5th annual basketball games being held in Georgia this weekend.