Commissioners agree to terms with new tenant at county-owned airport 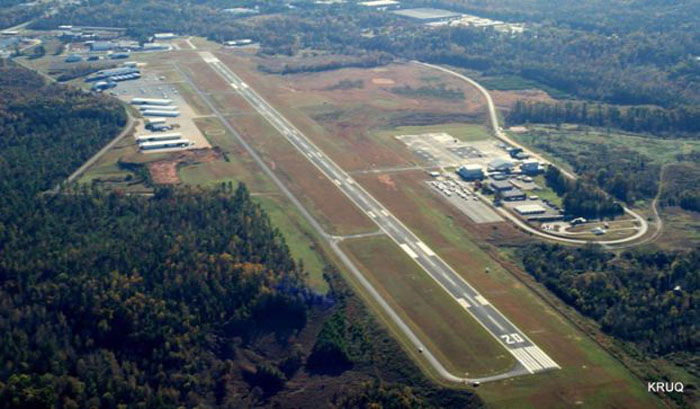 SALISBURY — The Mid-Carolina Regional Airport is set to gain a new tenant this year when a company named Heli-1, with offices in Reno, Nevada, moves to an empty hangar.

Rowan County commissioners on Tuesday asked staff to prepare a lease agreement that would provide 15,000 square feet of hangar space and 4,200 square feet of office space to the company for $10,000 per month. That hangar was previously occupied by aircraft charter company Strategic Moves, which in 2015 moved in and left last year.

In a letter to the county, Heli-1 President Andy Wilcox says the company provides specialty flying to the utility industry on a project-by-project basis. It operates a fleet of aircraft in partnership with Canada-based Ascent Helicopters that are transient based on available work. A proposal from Heli-1 says it would bring two helicopters to Salisbury and bring a taxable value of $7 million.

Heli-1 says its sister company, Ascent Helicopters, will bring some aircraft to Salisbury from time to time. It estimates that projects will require a minimum of 20 specialty workers and none of them will live locally.

“We estimate our yearly spend for meals and hotels to be approximately $225,000,” Wilcox wrote.

The company will be asked to purchase at least 500 gallons of gas per month while leasing space at the Mid-Carolina Regional Airport. The initial lease term is proposed to be one year. Nine months after Heli-1 moves in, there will be an option to renew for another year.

Commissioners Chairman Greg Edds said the county is grateful to find a tenant for its hangar during COVID-19, when travel-focused aircraft companies are seeing a downturn in demand.

“To land something like this in the middle of the COVID issue is certainly a blessing to the county,” Edds said.

He said the county had been talking with Heli-1 for about one month. Those discussions had occurred in closed session or with county staff until commissioners exited a closed session on Tuesday during a called meeting.

A motion that passed unanimously asked County Manager Aaron Church to bring a final lease to commissioners in time for the first meeting in August.

Commissioners on Tuesday also sorted through details of $5.32 million in coronavirus relief funds the county has received.

The county has allocated 25% of those funds to municipalities for projects that could include medical expenses for testing, protective equipment, disinfection of public areas and, among other things, public safety measures. A specific point of discussion Tuesday was whether the county should pay any additional money over what’s already been approved for architecture fees.

After some discussion, commissioners asked staff to clarify how much of an existing $97,000 architecture contract with Bogle Architects would be for municipal projects and to ask that cities and towns pay for any overages out of previously allocated funds.

Commissioners also voted to receive a monthly report on coronavirus relief fund expenditures rather than a report before each payment is processed. So far, $100,328 has been spent.