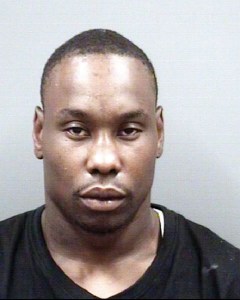 SALISBURY — A Salisbury man accused of breaking into his ex-girlfriend’s apartment also faces assault and drug possession charges, according to police spokesman and detective Russ DeSantis.

Police responded to Zion Hills Apartment complex on Saturday around midnight about a break-in there. A woman called to say her ex-boyfriend broke into her apartment. Chambers was accused of breaking the woman’s cellphone and holding her at gunpoint. She told police her ex-boyfriend grabbed her by her hair and dragged her out of bed, DeSantis said.

He was still at the complex when police arrived. A gun was found inside the apartment lying near identification that belonged to Chambers. Police officers seized marijuana and was suspected as crystal methamphetamine.

DeSantis said the vehicle Chambers arrived in, a 2015 Dodge Charger, was reported stolen. There were bullets located inside the vehicle along with more meth and other drug paraphernalia. The substance was field tested and was positive for methamphetamine. He remains in the Rowan County Detention Center under a $51,500 secured bond.