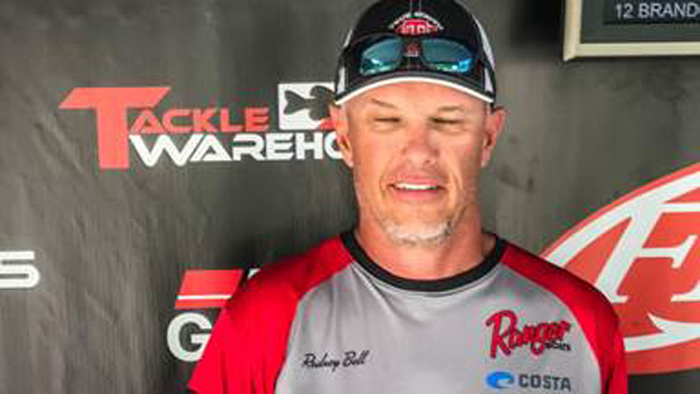 “I was mainly fishing from the mouth of Nutbush Creek up towards Grassy Creek – about halfway between the two,” said Bell, who picked up the fifth BFL victory of his career. “Fishing in and around the bream beds seemed to be the key.”

The top 10 boaters finished the tournament as follows:

Complete results can be found at FLWFishing.com.

Bell also caught a 5-pound, 7-ounce bass to add the day’s Boater Big Bass award of $630 to his winnings.

Warren took home an extra $500 as the highest finishing FLW Phoenix Bonus member. Boaters are eligible to win up to an extra $7,000 per event in each Phoenix Bass Fishing League presented by T-H Marine tournament if all requirements are met. More information on the contingency program can be found at PhoenixBassBoats.com.

The top 10 co-anglers finished as follows:

Eric Richards of Kannapolis, North Carolina, caught the largest bass in the Co-angler Division, a fish weighing in at 4 pounds, 9 ounces. The catch earned him the day’s Co-angler Big Bass award of $315.

The 2020 Phoenix Bass Fishing League presented by T-H Marine on Kerr Lake was hosted by the Vance County Tourism Development Authority. The event was the fourth of five qualifying events in the North Carolina Division.

The top 45 boaters and co-anglers in the North Carolina Division based on point standings, along with the five winners of each qualifying event, will be entered in the Oct. 8-10 Bass Fishing League Regional Championship on the James River in Richmond, Virginia, hosted by Richmond Region Tourism. Boaters will compete for a $60,000 prize package, including a new Phoenix 819 Pro bass boat with a 200-horsepower Mercury outboard and $10,000, while co-anglers will fish for a new 18-foot Phoenix bass boat with a 200-horsepower outboard.

The 2020 Phoenix Bass Fishing League presented by T-H Marine is a 24-division circuit devoted to weekend anglers, with 128 tournaments throughout the season, five qualifying events in each division. The top 45 boaters and co-anglers from each division, along with the five winners of the qualifying events, will advance to one of six regional tournaments where they are competing to finish in the top six, which then qualifies them for one of the longest-running championships in all of competitive bass fishing – the Phoenix Bass Fishing League All-American.

The 2020 Phoenix Bass Fishing League All-American will be held Nov. 11-13 at Lake Hartwell in Anderson, South Carolina and is hosted by Visit Anderson. The top 45 boaters and co-anglers plus tournament winners from each Phoenix Bass Fishing League division earn priority entry into the FLW Series, the pathway to the FLW Pro Circuit and ultimately the MLF Bass Pro Tour, where top pros compete with no entry fees.

About FLW
FLW is the world’s largest tournament-fishing organization, providing anglers of all skill levels the opportunity to compete for millions in prize money across five tournament circuits. Headquartered in Benton, Kentucky, FLW and its partners conduct more than 290 bass-fishing tournaments annually around the world, including the United States, Canada, China, Italy, South Korea, Mexico, Namibia, Portugal, South Africa, Spain, and Zimbabwe.

FLW tournament fishing can be seen on the Emmy-nominated “FLW” television show while Bass Fishing magazine delivers cutting-edge tips from top pros. Acquired by Major League Fishing in late 2019, FLW is expanding its programming in 2020 to the Outdoor Channel and the Sportsman Channel as well as on-demand at MyOutdoorTV (MOTV).