Summer baseball: Late-blooming Street is on the road to success 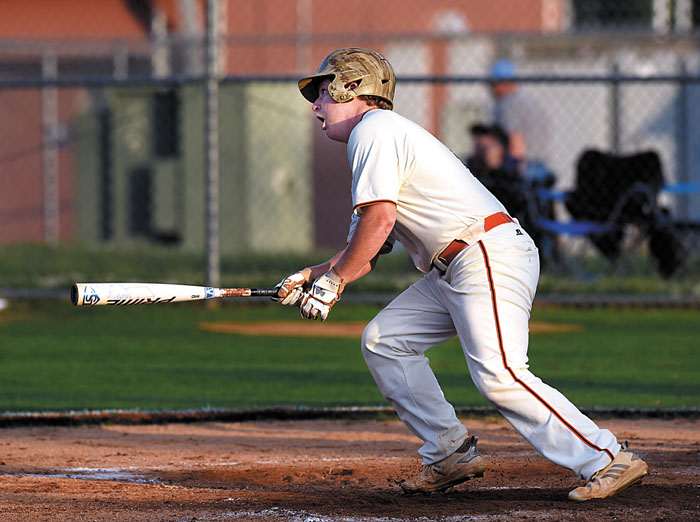 “He’s intriguing,” said Jim Gantt, head coach of the NC3 team and also the fellow who signed Street to pitch for Catawba College. “He not only throws three pitches for strikes, he’s got a deceptive release point.”

Late bloomer is a noun used to describe someone who achieves success relatively late. Street was never a household word in high school, but now he’s blooming.

As a junior, Street was 1-0 with a 1.19 ERA and pitched well in a limited role for Carson’s powerful 2019 team that rode the right arms of Cole Hales and Deacon Wike to a 28-5 record and came up one game short of making it to the 3A state championship series.

Carson’s last game of that 2019 season provided a fork in the road for Street’s career. Carson was down 7-2 in the decisive third game of the Western championship series. Street relieved and got the last out in the fifth. Then he kept Marvin Ridge from scoring in the sixth and seventh. That gave Carson a chance to come back, but the Cougars lost, 7-6.

“It was hard to stop thinking about that game and how close we came,” Street said. “I decided I wasn’t going to lose a game like that again. The day after we lost to Marvin Ridge, I was in the weight room. I lost some weight. I gained some muscle. I started throwing harder.”

The new, improved Street was on display in one of Carson’s fall league games that Gantt happened to be scouting. That’s when Gantt got interested and made an offer.

When Street’s high school season began in the spring, he and Logan Rogers were counted on as the 1-2 pitching punch for Cougars and also as key hitters. Street is a capable swinger. He can play second base or third base when he’s not on the mound.

Street was 1-1 pitching and was batting .294 when Carson’s 2020 season was halted after six games by COVID-19 concerns.

“Ryan is a great kid with a great work ethic and he got better every year,” Carson coach Chris Cauble said. “He shows tremendous character on and off the field. The turning point for him was when he found the weight room and fell in love with it. As he got stronger, his playing ability followed. I’m proud of the progress he’s made and I’m glad I got to be a small part of his growth.”

Street was Carson’s male nominee for the 2019-20 school year for the JT Bost Sportsmanship Award.

Street’s older brother, Patrick, was an all-county golfer for the Cougars, but baseball has been Ryan’s sport as far back as he can remember.

“I’ve always been a New York Yankees fan,” Street said. “My dad signed me up when I was 5 or 6. Since then, it’s always been baseball.”

Street has played showcase baseball in the past for the Charlotte Megastars organization, so this was going to be his first season of American Legion baseball at Newman Park. The American Legion season was an early casualty of COVID-19, but NC3 baseball has provided a decent substitute for Street.

“I learned a lot at Carson, and right now a whole new world of baseball is opening up for me,” Street said.

Street had the distinction of throwing the first pitch by a Rowan hurler in NC3 baseball when he got the start on opening night against Lexington-Davidson at Holt-Moffitt Field. He experienced a potentially disastrous first inning, but he stranded runners at second and third and limited the damage to two runs. Rowan came back to win that game. Street hasn’t allowed an earned run since that contest.

“He doesn’t get rattled,” Gantt said. “He’s got a stoic internal competitiveness.”

“The gameplan is simply to throw strikes,” Street said. “The coaches have told me not to over-throw, to work at 80 percent or so and rely on the defense. If they hit it, they hit it. We’ve got a pretty good chance to field it.”

While his fastball isn’t overpowering, Street can locate it. He has a tricky changeup that he uses to fool hitters in fastball counts.

The huge test for Street came when he got starting nod for Rowan’s first league game on Saturday — against a Randolph County squad that is loaded. Many of Randolph’s big bats have competed in the American Legion World Series in Shelby.

“They’ve got good history and they have a lot of really good players back,” Street said. “I knew they’d hit it, but I was still going to throw strikes.”

Rowan made a key defensive play to help Street in the first inning. A runner was thrown out at the plate trying to score from first on a one-out double. Center fielder CP Pyle and second baseman Bryson Wagner executed the relay throws. Catcher Charlie Klingler made the tag.

Street only struck out one batter, but he worked five efficient innings with 57  pitches. Randolph scored a run on a throwing error, but it was a 1-all game when Street exited after five innings. Street had given his team a chance, and Rowan won 2-1 with a run in the bottom of the seventh.

That performance indicates Street has a chance to be successful against anyone he faces the rest of the summer.

Success at Catawba probably won’t happen overnight for him, but he’ll stick with the process. He’s been there before.

“He’s going to mature some more physically, and his breaking ball is developing and shows a lot of potential,” Gantt said. “He’s a great student. He’s a high-character guy. We know he’s going to be a great teammate.”