‘First step in getting some closure’: Former, current Landis officials react to indictments

LANDIS — Former town leaders say arrests made Thursday are steps in the right direction as those in office now focus on “getting the town on the right track.” 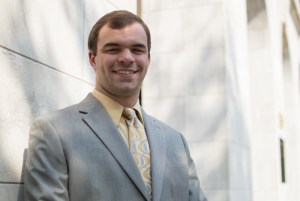 Moore brought the issue to the town’s attention in February 2019 after receiving a tip, which he referred to the Landis Police. The police then passed the case along to District Attorney Brandy Cook, who then asked the SBI to investigate the matter.

The investigation was launched following a January 2019 article by the Post when state officials raised concerns about the town’s finances from its 2017-18 fiscal year. Salary records released by the town in March 2019 showed Linn and Gibson took home a salary considerably higher than the board approved over the course of a 10-year period at a time when the town board was forced to lay off several firemen and police officers as well as raise taxes and utility rates in order to balance their budget.

Moore added that “a lot of people in town have been uneasy” since the launch of the investigation. He called Thursday’s indictment and arrests “a new leaf” turning. 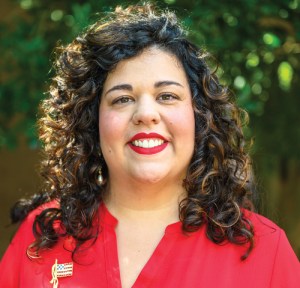 Landis Mayor Meredith Smith said on Thursday the town has put into place the right people, policies and procedures to ensure the town moves forward.

“We have anticipated for a long time that this day would come, and I am confident our citizens are ready to get answers for what and why certain actions took place,” Smith said. “We are confident that the judicial system is the proper venue to address the allegations brought forth.” 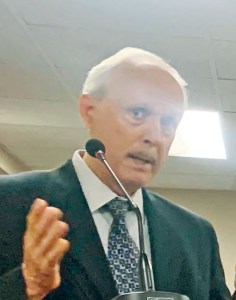 Leonard Barefoot, interim town manager for Landis, echoed the mayor’s remarks and said the town has been focused on “getting things in order” and “getting the town on the right track.”

Barefoot added that he’s glad the process reached the point it has and, hopefully, a resolution will come about soon.

In 2019, the SBI investigation led to the appointment of then-Landis Police Officer Roger Hosey as the interim finance officer. He then briefly served as town manager before being fired by a group of newly elected aldermen. The town said Hosey’s termination involved “just cause,” and Hosey is suing the town for wrongful termination. 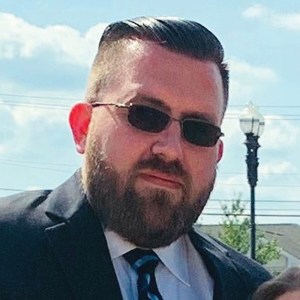 On Thursday, Hosey said he was proud, nonetheless, to be “one of the ones that unravelled” the issue that led to the investigation.

“I’m glad that people in Landis are going to get some closure that they’ve needed,” Hosey said.

Hosey credited the SBI with conducting a “thorough job,” adding that he aided the investigation in obtaining and providing financial records to investigators.

Hosey also said the people of Landis haven’t fully recovered. And though the citizens feel victimized, legally, the victim is the town itself. He cited “artificially inflated” utility rates at the time as a result of the alleged embezzlement.

Ultimately, while the town may get some money back, Hosey said he doesn’t think Landis will recover all that was lost, adding that the town is “in no position to reimburse citizens.”

Moore credited current town officials with conducting business appropriately now. And while Thursday’s arrests are positive news for the town, he said it won’t be the cure.