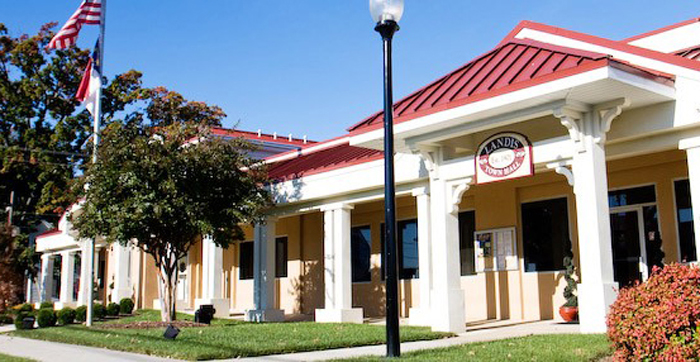 LANDIS — Former Town Manager Reed Linn and former Financial Officer Ginger Gibson allegedly took home substantially more than the salary officially approved by the Board of Aldermen, according to salary records released by the Town of Landis.

View the data from Linn’s and Gibson’s W-2 at townoflandis.com/transparency.

Hosey said he and other town officials were shocked, disappointed and outraged when they discovered discrepancies between the approved salary amounts what was contained on the tax forms.

“The amounts are especially egregious, considering the town board was forced to lay off several police officers and firemen, while also raising tax and utility rates, just to balance the budget,” Hosey said.

Linn and Gibson are subjects in a State Bureau of Investigation probe for possible embezzlement. The two resigned from the town Feb. 7 — the same day the investigation was announced.

Efforts to reach Gibson and Linn on Thursday were unsuccessful.

Landis resident Katie Sells said Thursday that she was “blown away” by the news.

“I really don’t know what to say. I’m saddened for the town,” Sells said. “Ultimately the town is going to pay for this.”

Resident Meredith Smith said the town is in a “bad, bad situation,” adding she wasn’t surprised about the dollar figures.

“I hate that this happened for so long,” Smith said. “I’m sad that it happened to our town. We’ll come back strong though.”

The release came one day after Town Attorney Rick Locklear filed a civil suit against Linn and Gibson for misappropriating town funds.

The civil lawsuit alleged Hosey reviewed the payroll system and discovered “monies assigned in excess of $25,000 for the unauthorized payment of salary and contributions to the (retirement) plan on behalf of or to the benefit of Linn.”

The lawsuit goes on to allege Gibson also received benefits in excess of $25,000.

According to the suit, Gibson presented employee compensation in a lump sum to the Landis aldermen, instead of itemizing by employee, and that Gibson’s and Linn’s compensations were inflated.

But neither the lawsuit nor Thursday’s release of tax data are the first time questions have been raised about salaries in Landis. The Local Government Commission, which oversees local government finances across North Carolina, has sent the town letters of concerns about the town’s spending on salaries, among other items. In a Sept. 13 letter, it said several salaries appeared to be significantly over budget after looking at the town’s 2018 financial statements. That included salaries in administration, storm water, sewer and the light fund.

As the town deals with the newly released information, it plans to start its budgeting process from scratch, using zero-base budgeting in which all expenses must be justified for the new fiscal year. And town will hold a budget workshop at 5 p.m. Thursday at Town Hall. The meeting will be open to the public.

Alderman Seth Moore — who says he initially referred a tip about questionable spending to law enforcement, prompting the current investigation — said he hopes to provide citizens some relief by possibly lowering the vehicle tax.

Mayor Mike Mahaley said it will be a tight budget year and he will be focusing on department needs and not their wants.

“We’re going to get our spending under control,” Mahaley said.

Moore said, now that more information about the town’s finances and spending have come out, Landis can work toward a positive future.

“Landis is going the direction that it needs to be going,” he said.

Hosey said the town will continue to share information as they can with the ongoing SBI investigation.

“Transparency and accountability are core tenets of the town’s administration, and an essential first step in the long journey ahead in restoring the trust of our community,” Hosey said.