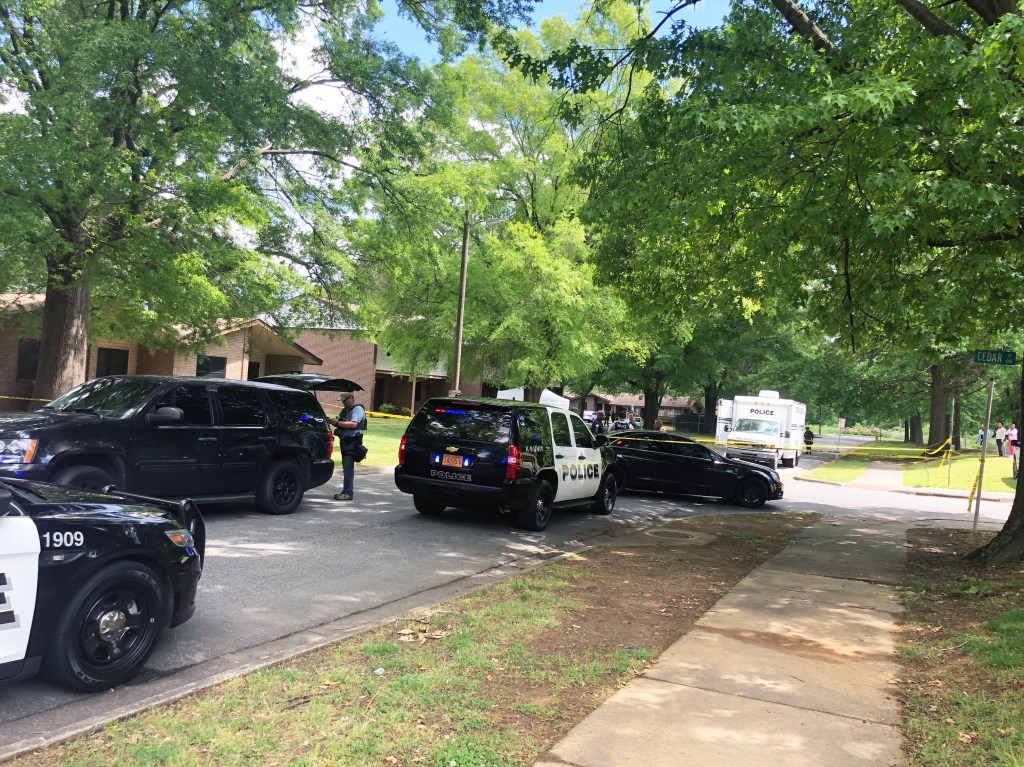 Natalie Anderson/Salisbury Post — Police investigate a shooting that occurred right before noon on Sunday, April 26, on the 900 block of E Lafayette Street.

SALISBURY — Police have charged a local man with the murder of Jonathan Elijah Ijames following his death in a fatal shooting on the 900 block E. Lafayette Street on April 26.

Ijames, 30, whose address is listed as the streets of Salisbury, was identified as the person who was shot multiple times and died at the scene. Ijames was most recently was living at the Lafayette Street Apartment complex where the shooting occurred, said spokesman Lt. Lee Walker.

Salisbury Police asks anyone who has information about Oglesby or the shooting to contact the department at 704-638-5333 or call Salisbury-Rowan Crime Stoppers at 1-866-639-5245. Tips may be submitted online at tips.salisburyrowancrimestoppers.org. Tipster identity is not required and information will remain confidential.