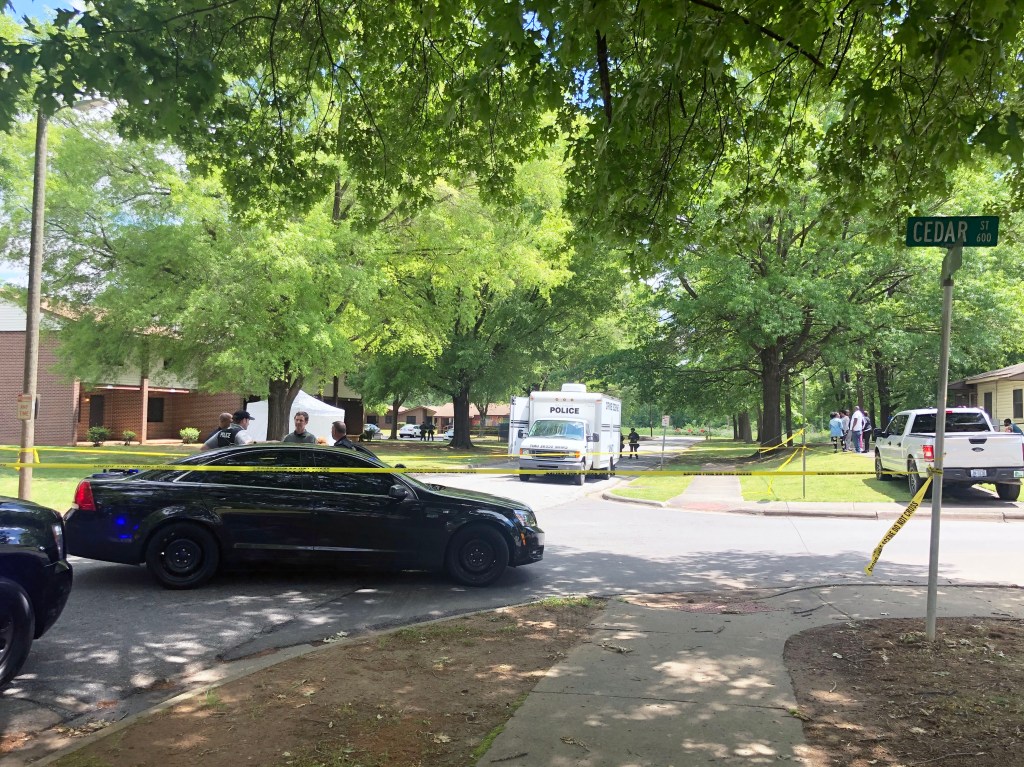 Natalie Anderson/Salisbury Post — Police are investigating a shooting that occurred right before noon on Sunday, April 26, on the 900 block of E Lafayette Street.

SALISBURY — Salisbury police have identified a Salisbury man who was killed and others who were injured in fight at a local apartment complex on Sunday morning that ended in gunfire.

Jonathan Elijah Ijames, 30, whose address is listed as the streets of Salisbury, was identified as the person who was shot multiple times and died at the scene. Ijames was most recently was living at the Lafayette Street Apartment complex where the shooting occurred, said spokesman Lt. Lee Walker.

• Andreon Tyquan Kerns, 20, who was treated and released from the hospital;

• A 15-year-old female Salisbury resident who was shot and released from the hospital the same day;

• A male who was treated for a gunshot wound and released from Davis Hospital in Statesville.

• Reginald Dean Oglesby, Jr., 21, of Salisbury, has been identified as the fifth shooting victim. He was at Davis Regional Medical Center and has treated and released.

Salisbury Police Chief Jerry Stokes said the nature of the conflict was not initially known, but investigators are continuing to conduct interviews. The area does have some crime hotspots, Stokes said.

Crime scene investigators found two handguns — a .45-caliber and a 9 mm. The weapons will be sent for testing to determine if they were used in the incident, Stokes said during a Monday morning press conference.

The crowd became aggressive the day of the shooting and Salisbury Police asked other agencies to assist with crowd control.

Stokes said residents at the apartment complex will see a greater police presence at the complex as additional officers will be working in the area.

Police said Sunday it’s not clear if this shooting is related to a shooting at the complex on Friday evening. In that incident, 18-year-old Daimein Darquez Dillard told police he was standing near a telephone pole at East Lafayette and Cedar streets when he saw a light-skinned person in the passenger seat of a gray Honda. The car drove by and someone inside it started shooting at Dillard.

Dillard was shot once in the arm and taken to Novant Health Rowan Medical Center where he was released the same day.