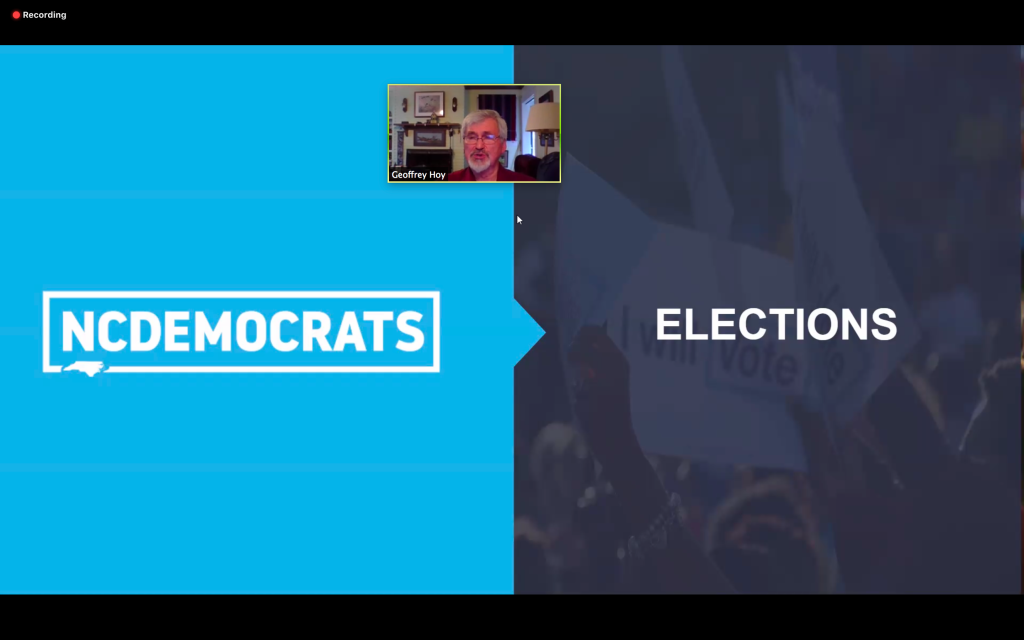 SALISBURY — The Rowan County Democratic Party urged members to elect Democrats at the local, state and federal level in November during its annual conference held virtually on Saturday.

More than 40 people attended the meeting, where they were presented statements from Democratic candidates for Congressional, gubernatorial, judicial and local races.

In a video, Gov. Roy Cooper encouraged a “blue” vote. Cooper said Democrats are right on policies such as health care, and he noted the state was “seeing that play out” painfully with the COVID-19 pandemic. He cited the pandemic as another reason to fight for thousands of more individuals to receive Medicaid benefits.

“The task ahead of us is to elect Democrats,” said Rowan County Democrats Chair Geoffrey Hoy, who also noted the importance of choosing former Vice President Joe Biden in his  challenge of President Donald Trump in November.

Stein said, though elections will look different with social distancing measures in place, the urgency in getting Democrats elected hasn’t changed. He noted campaigning will have to mobilize voters via phone calls and social media.

Attendees also heard from Tarsha Ellis, a political newcomer who beat Hoy in the Democratic primary during her race for N.C. Senate District 33, as well as former Salisbury Mayor Al Heggins, who is running for North Carolina House of Representatives to represent District 76. Ellis will take on Sen. Carl Ford in the general election. Heggins will face Rep. Harry Warren.

Heggins said education was a priority, citing an issue with the gap in funding between wealthier schools and low income schools in the state. She added that she’s fighting to make her district a “family-friendly place” and noted a need for increasing the minimum wage to $15 per hour.

“Democrats, we got this,” she said.

Also during the meeting, the party voted to allot 72 delegates at both the Congressional District 13 and State conventions, which will be held on May 16 and June 6, respectively.