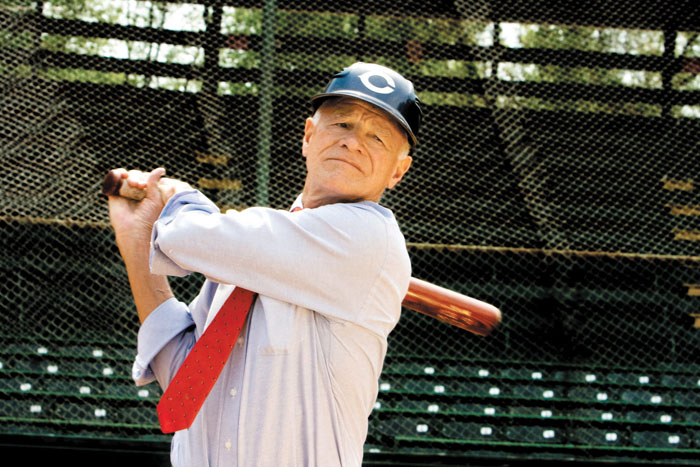 Oxendine, who passed away on April 14, was known mostly for his work in education as a professor and chancellor, but he also is a member of the Catawba College Sports Hall of Fame.

A Lumbee Indian who grew up on a tobacco farm a mile from the school we know now as UNC Pembroke, Oxendine rose to be chancellor of that school in 1989 when it still was Pembroke State.

The only Catawba Indian who played football, basketball and baseball during the 1951-52 school year, Oxendine was rewarded with the prestigious Aycock Athletic Medal when he was a senior.

Born in 1930, he was the fourth of eight children raised in a three-bedroom home. His father was a teacher and principal in Robeson County, but from a young age, the children did their share of farming, tending tobacco, picking cotton.

It was an exceptional family. Tom Oxendine, the oldest brother, became the first Native American to go through Navy flight training. He became a fighter pilot and flight instructor and served in the Pacific in World War II. He earned the Distinguished Flying Cross for an island landing and a rescue mission while under heavy fire.

Joe was voted the outstanding athlete at Pembroke High, but when he graduated there was no scholarship waiting. At 17, he went to work in an auto factory in Detroit. He worked for a year and saved $1,700, enough to pay his tuition and to begin his college education at Catawba.

It didn’t take Oxendine long to become an asset in the classroom and for the Indians’ athletic squads.

In his senior football season in 1951, things got off to a rough start. Catawba opened with N.C. State, led by back Alex Webster, who would become a star in the NFL. Webster had a 95-yard kickoff return to start the second half. The Indians fell, 34-0.

But Catawba bounced back the next week, with Oxendine playing a major role. Coble, the tailback in a single-wing offense, threw four touchdown passes to overwhelm Newberry. Two of those touchdown passes were snagged by Oxendine.

The highlight of Oxendine’s senior baseball season was the two-run homer he smashed at Newman Park to lead a 6-4 win against Appalachian State. Oxendine batted fifth, a sweet spot in the lineup, following Linder, the hard-hitting left fielder, and Stratton, the slugging third baseman.

From 1959-89, he worked at Temple University in Philadelphia. He climbed from assistant professor to associate professor to full professor. He became chairman, and later dean, of the department of health, physical education, recreation and dance. He married Adrienne McNaughton in 1961. Their two children were raised in Pennsylvania.

In 1989, Oxendine left Temple to return his home state as chancellor of Pembroke State University, a school founded by Native Americans. Under his leadership, PSU underwent an official name change, becoming the University of North Carolina at Pembroke in 1996. He served as chancellor until 1999.

Oxendine also served as interim president at Catawba (2011-12) and as a member of the board of trustees.

Oxendine was part of Catawba’s second Sports Hall of Fame class in 1978.

Just as Oxendine’s older brother, Thomas, had been his inspiration, Joe Oxendine served as role model and hero for his younger brother, Ray.

Ray would stand out for the Catawba Indians in football and baseball and would become Catawba’s head baseball coach and assistant football coach.

Ray served as a coach, teacher and principal for many decades and was an outstanding umpire. He is in the NCHSAA Hall of Fame, the Catawba College Sports Hall of Fame and the N.C. American Legion Baseball Hall of Fame.

In 2007, the Oxendine Brothers Endowed Scholarship was established at Catawba. It is given each year to a deserving Native American student.