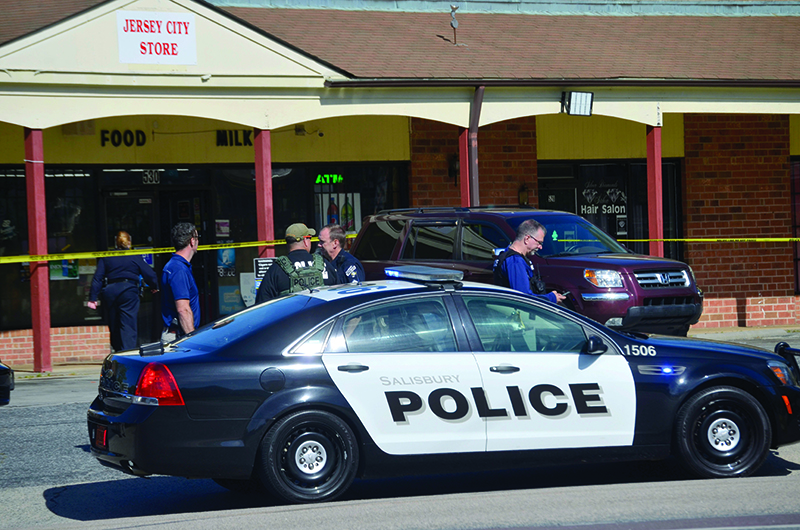 Salisbury Police detectives responded to a shooting in the Jersey City neighborhood at the corner of West Cemetery and North Caldwell streets. The victim, Jateare McNeal, was taken to a hospital and remains in serious condition. Police said he was shot once and went inside the store for help. SHAVONNE POTTS/SALISBURY POST

SALISBURY — A local man has been charged with attempted murder in connection with an April 2 shooting in the Jersey City neighborhood that left a Salisbury man in serious condition.

Markese Devon Robinson, 24, was arrested on Monday and faces felony attempted murder charges in the shooting of Jateare McNeal, 27.

Police said McNeal and Robinson were riding in a vehicle, got out of the car at the corner and began fighting. At some point, McNeal was shot during the argument at the corner of West Cemetery and North Caldwell streets. McNeal went across the street to the Jersey City Store for help.

He was taken Wake Forest Baptist Medical Center. He has since recovered and been released from the hospital, said police spokesman Lt. Lee Walker.

The shooting was “gang-related,” Walker said.

Robinson remains in the Rowan County Detention Center under a $500,000 secured bond. Walker said Robinson was arrested while working at the Aldi Warehouse.