David Freeze: Biking journey across all 50 states hits its end 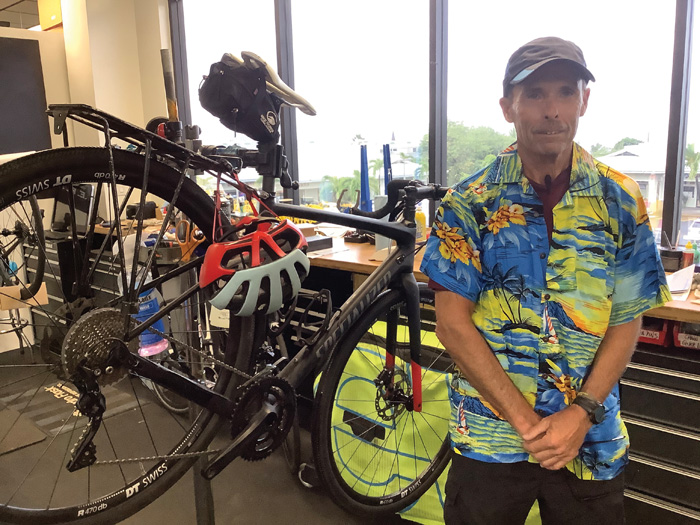 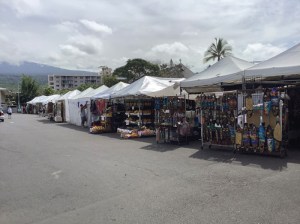 The Big Island of Hawaii is the nation’s largest island, with an area of 4,028 square miles.

It has the world’s tallest mountain from ocean floor to summit, as Mauna Kea rises 33,476 feet in that manner. And it has the southernmost point in the 50 states at Ka Lae, or “South Point”. And Hawaii is the only state once ruled by its own royalty.

It’s an amazing place for sure. But being confident in the beginning that I could see everything on one island in a week was a big mistake. I had plenty of good information as I flew to Hawaii and the usual desire to see everything possible. I saw Mauna Kea from a distance and was on the same road to reach South Point, but didn’t have time for the hike to either one.

What I did see was most active volcano in the world at Kilauea in the Volcanoes National Park. Think of a smaller Grand Canyon with steam vents just biding their time. I saw whales in the ocean. Once from my room on the last evening, and I saw the amazing waterfalls and flora and fauna of one island of the beautiful state. I met the amazing people, nearly all ready with a smile as soon or even before I was.

I used to write about how friendly the locals were when I traveled to a new American city. After seeing all 50 states, my award goes to the native Hawaiians — friendly and outgoing and so happy. We should all learn that lesson.

My last night was the most relaxing on the island, not that any of the others weren’t. It was just because my list of things to figure out had dwindled to just how to spend my last morning before returning to the airport. I’ll admit the time difference made sleeping enough very hard. I wanted to get up at midnight and get on the road by 2 a.m., matching the times back here.

Imagine sitting on your own room patio and watching a humpback whale surface just offshore. Not once, but twice. Then, the ocean slapped against the seawall just 30 feet from that same chair all night long. It was the best sleep aid I could have.

I did sleep well on that last night and had a decent early run in the humidity. Then, there was a wonderful breakfast of bagels, fresh pineapple and papaya.

There was enough time left to walk about a mile and half through Kona, do a little shopping, and savor the environment of peace and tranquility of Sunday morning in Hawaii. I heard an open-air church service from the the second floor of a restaurant and bar. I kept counting down the minutes and finally pressed a button on my phone app to summon Uber. It was time to go.

Just five minutes later, a woman named Alice pulled up and I loaded my bags in her car. During the 15-minute ride to the airport, we talked about my time on the island, and hers, too, as a native Hawaiian. My impressions and hers weren’t far apart. As a native Hawaiian, we talked about prices, the climate and even whale watching. Alice knew a place that visitors don’t see and when I go back, I’ll find it. She told me the name of plants and flowers that thrive even in the lava rock.

I saw all the main roads, either on the bike (about 175 miles), a tour van or the almost free bus service. I missed the southern side of the island between the Kilauea and south of Kona. When I pedal the long rides, I always have to leave a few things behind to see next time, and you can bet I’ll do my best to return and visit some of the other islands, too. I love the Hawaiian music and words. Next time, I will bring my own bike seat for sure.

The Kona airport is open air and perfect, except for Sunday’s high-intensity rush and then going through an agriculture inspection. My flight to LA was on time, and the connecting flight to Charlotte arrived at 6 a.m. on Monday, March 16.

I’m back, safe and sound again. Thanks to God for that and for riding with me as always. Thanks also for the support of the Post readers, especially Tim and Linda Hoffner, Bill Godley, Leonard Wood and Dick and Jean Richards.

To everyone, we’ve done 50 states, the District of Columbia, Canada twice and all the Great Lakes together.

Mahalo (thanks) to every one of you for riding along for some or all of the journey. We did it together.

David Freeze is a Salisbury Post contributor who has biked through all 50 states.